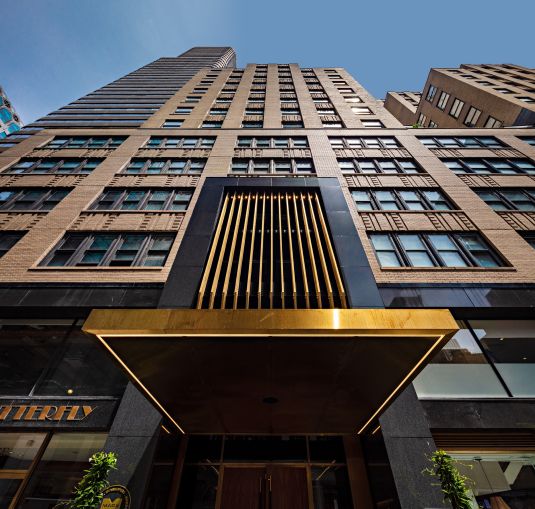 The data management startup will depart from the Seagram Building at 375 Park Avenue for a full floor in the Art Deco office tower on the corner of East 44th Street and Third Avenue. Crux inked a seven-year, 18,000-square-foot lease for the entire 18th floor of the 35-story building. Asking rent for the space was $85 per square foot, a Marx Realty spokeswoman told Commercial Observer.

“We’ve created a new asset class encompassing both a game-changing hospitality-infused office product and our track record of innovative building management,” said Craig Deitzelweig, CEO of Marx Realty. “Both are a big selling point for tenants underwhelmed with the level of services and finishes offered by other New York landlords.”

Marx recently completed a $48 million renovation of the property that included a mid-century-modern-style tenant lounge and outdoor terrace with seating.