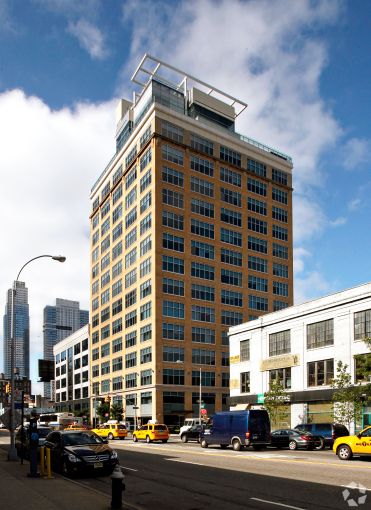 Brookfield Property Partners is paying $82.7 million to buy a hotel in Hell’s Kitchen with help from a $67.5 million loan from United Overseas Bank, according to property records filed in New York City today.

JLL, which brokered the sale, announced yesterday that the deal had closed, as reported by Hotel Business. But the full details of the deal, including the the seller — PGIM Real Estate — have not been previously reported.

The deal gives Brookfield control of the Ink48 Hotel at 653 11th Avenue, a boutique lodging managed by Kimpton Hotels. It was built beginning in 2006 by Horizon Global, a New York-based developer, with PGIM serving as a contributor to the building’s capital stack, according to a 2010 report by Hotel Business.

As Horizon Global staggered during the financial crisis, PGIM became the building’s sole owner in 2010 and has controlled it for the past 10 years, property records show. Ink48 appears to be trading at a significant discount to its original valuation, given that Horizon Global was able to take construction financing worth more than $136 million from U.S. Bank against the property in 2006.

Ink48 gets its name from a former printing plant that once stood at the site, at the intersection of 11th Avenue and West 48th Street. The 222-room lodging, which was designed by architects David Rockwell and Carlos Zapata, got an interior renovation in 2016 under the direction of designer Anna Busta. Amenities include bike sharing, a fitness center and yoga mats in every room.

There’s also a popular rooftop bar, The Press Lounge, with Hudson River views. Rooms for the last weekend in September were available for $326 per night.

Kimpton, which is owned by Intercontinental Hotels and is based in San Francisco, was one of America’s biggest boutique-hotel operators before Intercontinental’s acquisition in 2014. In addition to Ink48, the company also manages two other Manhattan lodgings: Muse Hotel, in Times Square on West 46th Street, and Hotel Eventi, a property on Avenue of the Americas and West 30th Street.