Argentic Lends $86M to Refinance Kushner Properties on the LES 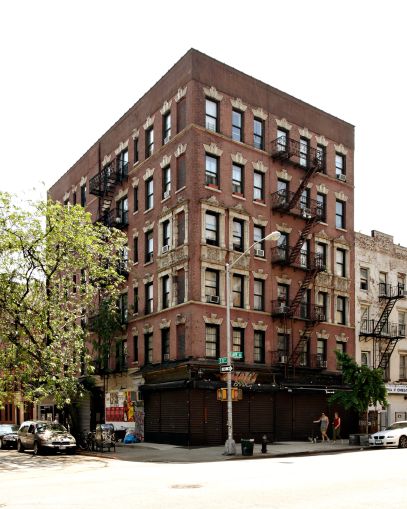 Kushner Companies, the family real-estate firm founded by developer Charles Kushner, has picked up an $85.5 million financing on a group of 10 Manhattan apartment buildings it owns, Commercial Observer can first report.

The 10-year loan from Argentic refreshes the capital stack on a group of buildings totaling 12 dozen apartments that Kushner acquired in 2012 and 2013, according to Matthew Burrows, a vice president at the company. Kushner Cos. will pay a fixed 3.34 percent interest rate on the new debt, which comes with an interest-only structure.

The debt from the New York City-based lender — known until earlier this year as Silverpeak Argentic — replaces a prior round of financing on the properties from Signature Bank that dates to 2015.

(Disclosure: Joseph Meyer, the chairman of Observer Media, is the husband of Nicole Kushner Meyer, a principal at Kushner.)

Interest rates that continue to probe their historical lower bounds have spurred Kushner to find opportunities to turn over debt across its portfolio, Burrows explained.

“We have been taking full advantage of the lower interest rate environment,” Burrows said in an email. “We are going to be busy closing a lot of loans between now and the year end.”

The assets, which Kushner Cos. bought from Normandy Real Estate Partners, consist of smaller walk-up buildings clustered in the East Village and Alphabet City. All stand east of Second Avenue and between East 2nd and East 14th Streets. The portfolio includes two buildings with First Avenue addresses and three on Avenue A: The balance stand on cross streets such as East 11th and East 9th Streets.

Buildings in the portfolio also have a total of 15 storefronts that combine for 18,300 square feet of retail with neighborhood shops. A 7-Eleven convenience store and several one-off businesses account for a portion of that real estate, Burrows said in an interview.

There was no word from Kushner Cos. on whether the buildings would be affected by New York State’s newly toughened rent-control law, passed earlier this summer. But, given multifamily rent trends in Manhattan, the East Village portfolio has likely been a winner for the company. Average East Village apartments went for just over $2,700 in January 2013, as per Rent Jungle, a data website. But in the last six years, they’ve increased more than 25 percent, having surpassed $3,500 as of April of this year, the most recent month for which the site offers data.

An Argentic spokesman did not respond to an inquiry about the loan.