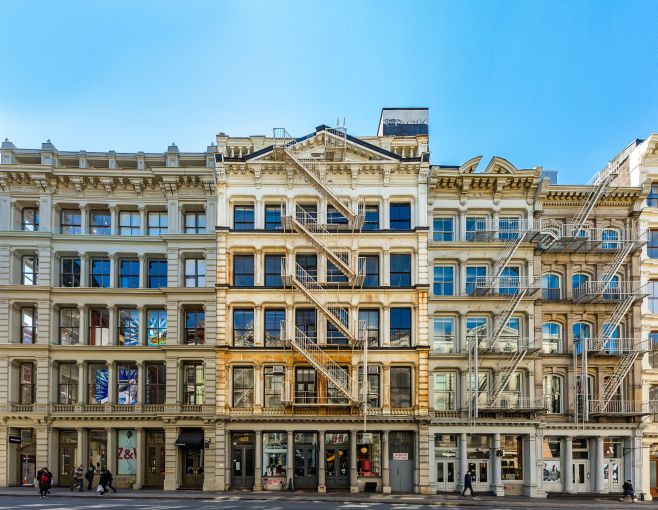 A 25,000-square-foot cast iron building at 457 Broome Street in Soho has traded hands for $21.3 million, Commercial Observer has learned.

The six-story building, between Mercer and Greene Streets, was acquired by Alfred Sabet’s Sabet Group, the investor confirmed to CO.

Lazaro SoHo and Blank Studio NYC occupy the retail space at an average rent of $117 per square foot, which is well below current market rates, according to Meridian.

The property has been owned by Beam-Rich, Inc. since 1983, according to property records.

The building, constructed in 1923, is still zoned for industrial use. At least one of its units was converted to a live-work loft for artists in the 1980s, at a time when the city legalized select residential uses of industrial buildings in Soho. At the time, a legal dispute arose between the landlord and tenant over whether the tenant had the correct artist certification that allowed for the conversion.

The family-owned Sabet Group has purchased a handful of mixed-use properties in Lower Manhattan over the last few years, including the $23 million purchase of a 30-unit building at 236 East 5th Street in the East Village earlier this year, according to property records.