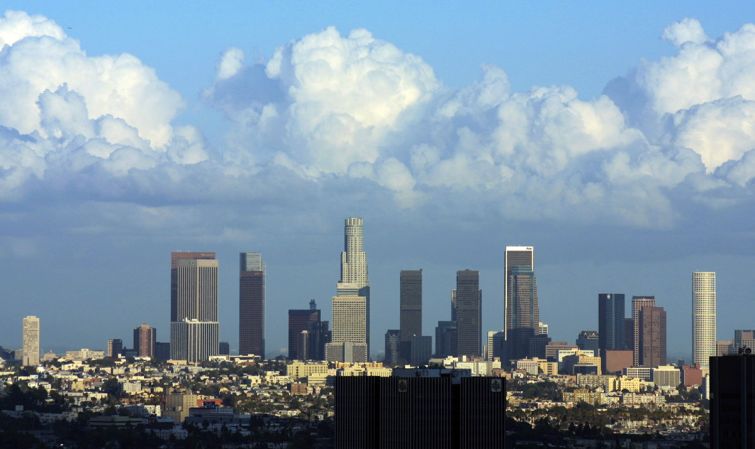 A Downtown Los Angeles office tower owned by Southern California’s Jade Enterprises has pulled in a $115 million mortgage-backed securities refinancing, according to Fitch Ratings, which analyzed the transaction.

The loan, from MUFG Principal Commercial Capital, knocks out prior debt on the property, 888 South Figueroa Street, a 20-story building near State Route 110 just north of the Staples Center arena and the Los Angeles Convention Center.

Jade, led by founder David Taban, bought the building 15 years ago for $50.5 million, and will use the new debt to retire $82 million in outstanding loans and to cash out $23.4 million worth of equity. The 10-year debt is interest-only throughout its term and will charge a fixed 3.72 percent. $75 million of the debt will be included in an upcoming CMBS deal issued by Citigroup and Deutsche Bank, with the remainder reserved for a future securitized trust.

TJX Companies, the parent of discount retailers T.J. Maxx and HomeGoods, is the building’s largest office tenant, leasing just under a quarter of its total 405,000 square feet. Five California state government agencies lease space in six suites, and the federal U.S. Citizenship and Immigration Services agency also rents 43,000 square feet in the tower. Two casual restaurants, a car-rental company and a bank branch number among the ground-level retail tenants. An adjacent seven-story parking garage has space for more than 600 cars.

Net cash flows at the building have declined slightly each year since 2016 and in the 12 months between April 2018 and March 2019, which Fitch cited as a concern about the property’s financials. Last year, the building earned $9.8 million after expenses, down 6 percent compared with 2016.

Jade itself runs from offices on the building’s 19th story. Representatives for the company did not immediately respond to inquiries.

The lender formed last summer when MUFG Union Bank, a New York-based institution, and Principal Financial Group, an Iowa-based investment manager and insurer, joined to found a CMBS platform. Executives from both companies source loans and make credit decisions, according to an announcement from Principal about the venture. MUFG is responsible for funding the loans, while Principal acts as servicer. A spokesperson for the platform did not get back to Commercial Observer’s request for comment.