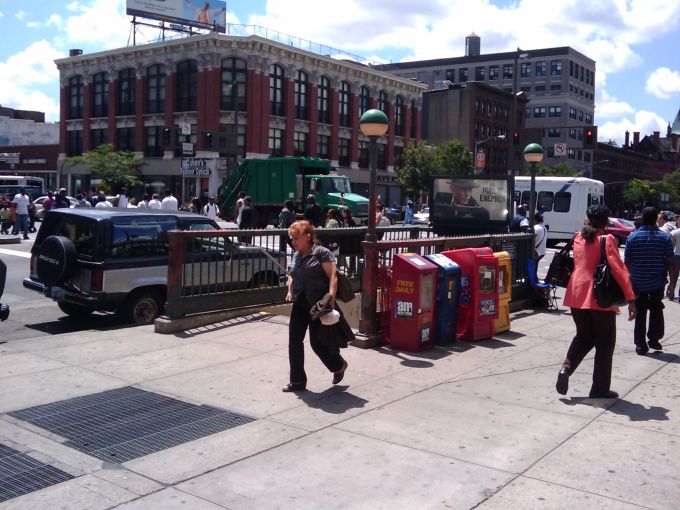 The Rockfeld Group has picked up a $28.1 million refinancing from Annaly Capital Management for a mixed-use commercial building it controls in Manhattan’s East Harlem neighborhood, Commercial Observer can first report.

The debt refinances Rockfeld’s ownership of 2283 Third Avenue, a seven-story building at the corner of East 124th Street. The loan knocks out previous debt on the property from Safra National Bank of New York, which lent Rockfeld $26.5 million on the structure in 2015. Rockfeld had paid $20 million to add the building to its portfolio a year earlier.

Adam Hakim, James Murad and Andrew Iadeluca of Meridian Capital Group negotiated the loan on behalf of Rockfeld, a spokeswoman for the company said.

Annaly’s three-year loan comes with two one-year extension options, and includes a future-funding component to improve space for future tenants and to pay expenses for future leases, according to an announcement from the New York City-based lender. But for now, the property is fully leased. The Internal Revenue Service controls the first two floors, where it runs a local service center for taxpayers.

The building’s upper floors are residential, and the majority of the space is leased by the New York College of Podiatric Medicine as housing for its students. The institution — the largest training center for podiatrists in America — runs its main campus on East 124th Street and Fifth Avenue. Students who live in the Rockfeld Group building have access to a study room, a media lounge and a rooftop patio, and share suites and dormitory rooms that they rent in yearlong contracts.

The 56,000-square-foot building has 18 apartments and went up in 2007 under the aegis of developer Michael Waldman, property records show. A profile in The New York Daily News at the time said that the East 124th Street project was his third Harlem building, sharing a spot in his development portfolio with residential projects in Lower Manhattan, the East Village and the West Village.

Rockfeld Group, for its part, controls mixed-use commercial buildings in Manhattan, The Bronx, Queens and Brooklyn, according to its website. Representatives for the company didn’t respond to an inquiry.