Williamsburg Is Getting Its First Weed Dispensary 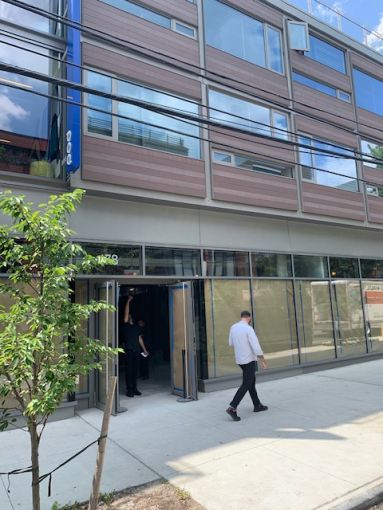 It’s high time for Williamsburg to be getting its first pot shop, and they have Remedy to thank for it.

The weed dispensary, managed by Valley Agriceuticals, is opening its first New York City location at the base of the Pod Hotel in Williamsburg, Brooklyn, according to information from Katz & Associates, which brokered the deal.

The medical marijuana company signed a 10-year lease for 3,800 square feet at 178 North 4th Street, at the corner of Driggs Avenue. The surrounding area is home to a mix of high-end retail, including an Apple store and Equinox gym, new residential developments, and a variety of bars and restaurants.

Valley Agriceuticals is one of 10 companies licensed by the state of New York to grow and dispense medical marijuana, with a maximum of four dispensing locations. The company operates two Remedy locations in upstate New York, and also signed a lease for a 5,000-square-foot location in Huntington, on Long Island.

Valley Agriceuticals had been looking for a location in Williamsburg for years, Moskovic told Commercial Observer, but it took a while to find a location that would accept a dispensary as a tenant. While landlords were eager, most lenders don’t allow cannabis businesses as tenants because they’re still federally illegal, Moskovic said. “These deals have been the most complex but most satisfying transactions I have completed in my 25-year tenure,” he said

Valley Agriceuticals started the buildout last week, and expects to open in August, per Moskovic. The asking price was $200 per square foot, he said. The cannabis company chose the 4th Street location because it’s on a busy cross street in central Williamsburg, while rents on main streets such as Bedford Avenue were “astronomical,” Moskovic said.

This will be the third dispensary in Brooklyn, and likely the last until the state expands its licensing program, which is currently capped at ten operators. The first two Brooklyn locations, operated by Citiva and ColumbiaCare opened in Park Slope and Downtown Brooklyn, respectively, earlier this year.

According to Remedy’s website, the company is more than just a dispensary. They also employ pharmacists and experts to counsel patients and educate visitors.