Virginia Is for Business 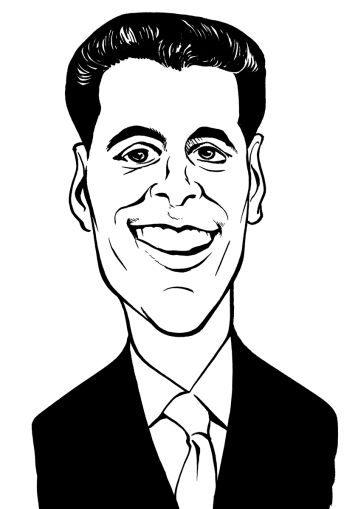 When I left New York in 2017, it caught many people by surprise. In my 12 years in the city, I ran for New York City Council, reopened the Russian Tea Room, and served as chairman of the Manhattan Chamber of Commerce. My boys are named Hudson (think: “River”) and Grant (think: “Tomb”); for goodness sake, how could my wife and I leave the Upper West Side? But if you want to know how and why, from a business perspective, you need to look no further than Amazon’s selection of Northern Virginia for HQ2.

Northern Virginia is ripe for continued economic growth. The internet was founded here, growing out of the defense sector, which continues to thrive. In fact, over 70 percent of all internet traffic flows through the area, and you have unmatched access to the federal government and policy makers.

But what really makes it attractive is the access to talent. CNBC recently ranked Virginia as the top state in the country for business, noting that it has the best workforce, with nearly 38 percent of adults holding a bachelor’s degree or higher. It also has the fourth-highest concentration of employees in the crucial fields of science, technology, engineering and math, CNBC noted. Access to this pool, coupled with some of the strongest educational institutions in the country, provide fertile ground for employers seeking smart and innovative employees for their fast-growing companies.

One of the things that set Northern Virginia apart from others during the Amazon HQ2 search was the coordination and collaboration of the various jurisdictions. Everyone came together to make the strongest pitch — community leaders, elected officials, real estate developers, and the various local economic development authorities. They knew that the region could put itself in the strongest position by working together to attract Amazon, something that would benefit everyone.

Amazon plans to bring up to 38,000 jobs with salaries around $150,000, fill 585,000 square feet of existing office space in the near term, and develop an additional 4.1 million square feet of new space at National Landing.

The beauty of the Amazon deal is that the company will add millions of square feet of office space while absorbing only a small portion of existing product in National Landing. That will allow other companies to take advantage of the exciting, tenant-friendly conditions in the area. Landlords continue to offer record-high concession packages for tenants, and the availability rate remains high enough to accommodate a large influx of new companies, with millions of existing and buildable square footage available across the region, according to the latest Savills Market Report.

And, as someone in the real estate business, I can’t help but also flag some additional trends that make this a superior area for growth: Housing costs are more competitive than in comparable geographies, transportation infrastructure is stronger, and the state has made significant strides in overall business friendliness, according to CNBC.

Moreover, one of Amazon’s hidden benefits is that it does not provide extensive fitness and dining perks within its office spaces. Instead, it encourages employees to venture out into the local community. This approach is expected to have a significant impact on the retail landscape in National Landing, making it a true destination for dining and cultural experiences.

JBG Smith, Amazon’s lead development partner at National Landing, plans to add up to 5,000 units of new housing and around 120,000 square feet of retail enhancements along Crystal Drive while also building new public parks and green spaces to create a vibrant 18- to 24-hour community. The opportunities that exist in Virginia for companies and retailers both large and small, are boundless.

Any business exploring growth and expansion should put Northern Virginia at the top of its site-selection list. The region has the workforce, the physical space, and market conditions to be an attractive option for any company exploring national or global growth.

Ken Biberaj is a managing director with Savills.