Under Construction: The Taystee Building in West Harlem 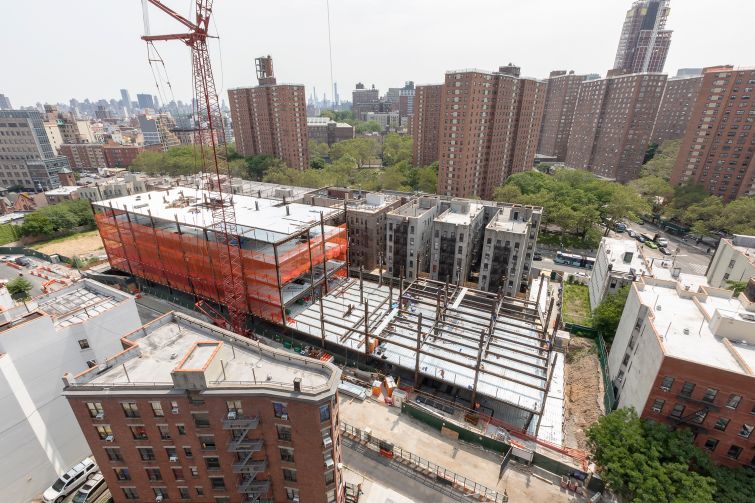 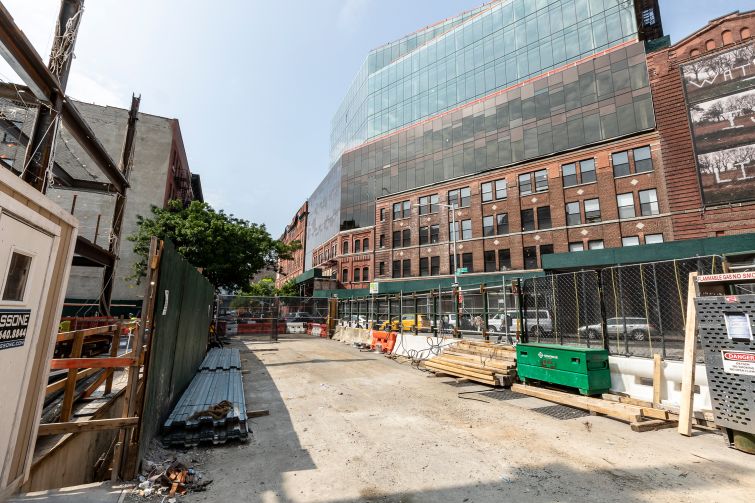 Across the street from the Taystee Building, Janus is also in the midst of expanding the Malt House, a former brewery, with several stories of new glass office space. Both buildings are part of what Janus has dubbed the "Manhattanville Factory District." Photo: Melissa Goodwin/For Commercial Observer 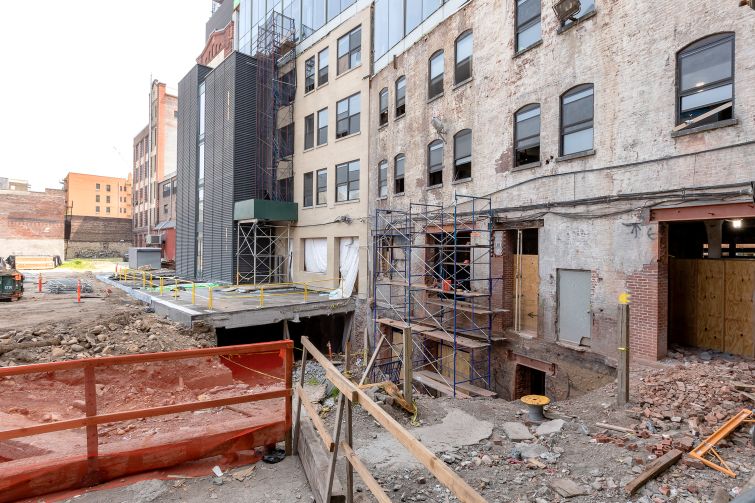 Behind the Malt House will be a landscaped courtyard, one of many landscaped green spaces that will help connect the former industrial buildings in the Manhattanville Factory District. Photo: Melissa Goodwin/For Commercial Observer 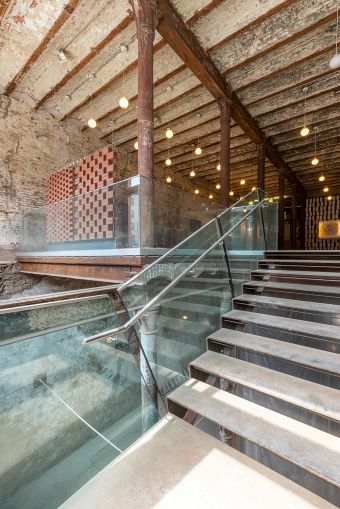 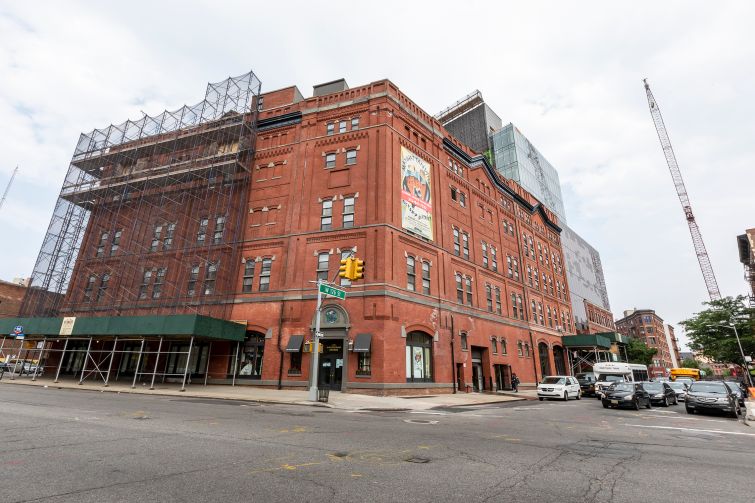 There is a small and ever-shrinking manufacturing district at the edge of West Harlem that is largely anchored by one developer: Janus Property Company.

Just like owners in other New York City industrial areas, Janus is developing new commercial buildings using land use rules that were originally created to protect factories and warehouses. But instead of taking the easy route and building offices, Janus founders Jerry Salama and Scott Metzner decided to construct 11 stories of medical research and office space on their vacant site at 450 West 126th Street between Amsterdam and Convent Avenues. Designed by SLCE Architects and LevenBetts, the 350,000-square-foot Taystee Building, named for the property’s former life as the Taystee Bakery, will hold a mix of science labs and traditional offices. Janus is developing the building on spec and trying to lease as much of the building to life science tenants as possible, with the aim to devote the entire property to lab space.

It seems like a surprising gamble at first. But, two blocks away, to the west of Broadway, Columbia University is building a new campus that includes the recently completed Jerome Greene Science Center. Plus, a couple blocks north of Taystee, the sprawling City College campus holds a number of scientific research facilities including the New York Structural Biology Center and the City University of New York’s Advanced Science Research Center.

“We retained a really top-notch mechanical, electrical and plumbing engineer, and we redesigned the infrastructure for life science users because we were getting a lot of attention and interest from folks partnered with Columbia and City College,” said Salama. “The building is now fully designed with the HVAC, electrical power and structural load for labs, life science, commercial, or not-for-profits.”

Work began on the Taystee Building in July 2018 and is expected to finish by the end of 2020. The structure will have 29,000 square feet of ground floor retail, terraces on the sixth, eighth, 10th and 11th floors, a landscaped courtyard on one side, bike rooms on the ground floor and potentially some kind of shared roof deck space for all tenants.

CBRE’s Mary Ann Tighe and Steve Purpura are leading the leasing team for the property, where rents start at $65 a square foot and can go as high as $110 a square foot for life science space.

Taystee is just one piece of a multi-building neighborhood that Janus has dubbed the “Manhattanville Factory District.” Across the street, the company is wrapping up work on the Malt House, a glass expansion that roughly doubled the size of an existing brick warehouse, from 82,000 square feet to 152,000 square feet. Janus has nailed down one tenant, art gallery Gavin Brown’s Enterprise, which has built out a sprawling exhibition space across the first three floors. The firm is negotiating with several other tenants that have yet to be announced.