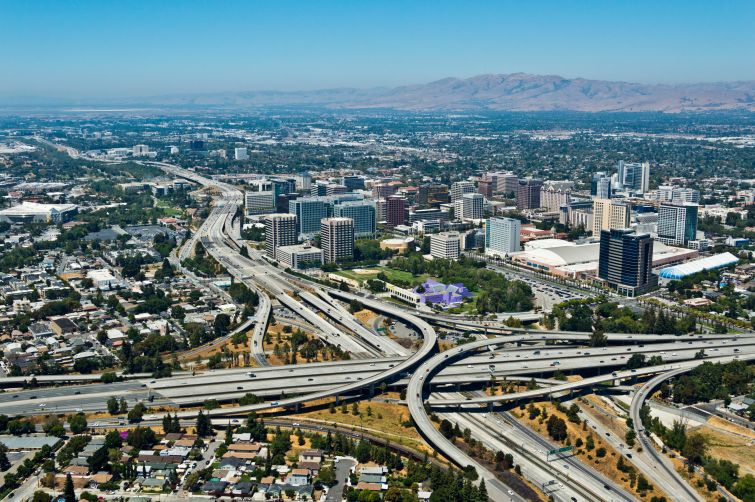 The seller, Shorenstein Properties, announced today it had reached terms with Drawbridge on the asset, the Rose Orchard office campus, which it bought in 2015. Shorenstein didn’t disclose the deal’s value, but a source with knowledge of the negotiations said the acquisition values the property at $128.2 million. That represents an 82 percent increase over the $70.2 million that Shorenstein paid four years ago.

What changed? Occupancy. When Shorenstein bought the five-building campus, it was only 30 percent leased: Only one building had tenants, a spokeswoman for the company said. In the years since, Shorenstein has put about $30 million of work into the previously unoccupied buildings, improving their public space and redesigning the available office space to appeal to tech- and creative-industry tenants.

“When Shorenstein purchased Rose Orchard in 2015, we recognized that the property had significant potential within the highly attractive Silicon Valley market, providing us with an opportunity to develop a creative workplace environment in an area experiencing strong and growing leasing demand,” John Boynton, a Shorenstein executive, said in a statement. “We are pleased with the success of the enhancements made across the property and believe the project illustrates our firm’s ability to reposition and add value to our properties.”

JLL represented Shorenstein in the sales process, and CBRE and Cushman & Wakefield were the leasing brokers that pulled in the buildings’ new tenants. LitePoint Corporation, which helps inventors test wireless devices; Zscaler, an internet security company; and Labcyte, a biotech firm, are among the companies that share the campus now that the renovations are complete.

The 18-acre complex, with 315,000 rentable square feet, is about six miles north of downtown San Jose, near the southern end of the San Francisco Bay. Shorenstein bought the asset with proceeds from its 11th fund, which raised $1.22 billion five years ago. Other Shorenstein acquisitions associated with that fund have included New York City’s 1407 Broadway, One North State Street in Chicago and Champion Point, a four-building campus that’s also in San Jose.

A Drawbridge representative did not immediately respond to an inquiry about how the deal was financed.