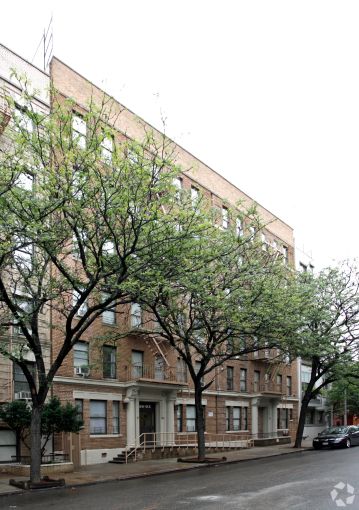 New York Community Bank has handed Queens’ Kraus Organization a $48.0 million refinancing on a residential building in Williamsburg, according to city property records made public yesterday.

In a deal that closed in late June, NYCB refreshed the capital stack on the property, 389–393 South 2nd Street, by taking over a $40 million loan originated by Signature Bank in 2014 and then tacking on a new $7.9 million mortgage. The financing is a return to familiar territory for NYCB: In 2009, it lent $26.5 million on the building before Signature stepped in as the lender in 2012.

The six-story building, on a quiet block of South 2nd Street between Hooper Street and Union Avenue a few blocks east of the Brooklyn Queens Expressway, dates to 1915 and includes 22 units, according to data from StreetEasy. Kraus, a family firm founded by Herman Kraus, which runs a large portfolio of rent-controlled buildings around New York City, has owned the building since at least the late 1970s, property records show.

Herman Kraus died in 2002, but the firm he ran for decades remains controversial. In 1998, a New York Times investigation showed that the Kraus Organization directed security, cleaning and even legal work stemming from one of its largest developments, Bedford Gardens, back to Kraus affiliates. That kind of self-dealing was legal because Kraus did it openly, the Times said.

In another case, arguing that the bills that the company’s affiliates were charging its buildings for services were an excessive burden, Kraus approached city agencies for permission to raise rents at his affordable-designated apartments. In the meantime, the company neglected tax obligations — and to this day owes New York City well more than $100 million, according to a New York Public Radio report this spring.

Even so, the Kraus Organization has maintained a strong enough reputation to be included in plans to privatize the beleaguered New York City Housing Authority — in part because its buildings have always been well-maintained, according to Antonio Reynoso, a city councilman who lived in a rent-controlled Kraus building as a child.

“[If] we had any issues they would get resolved the same day, worst case scenario the next day,” Reynoso told New York Public Radio.

Representatives for New York Community Bank did not immediately respond to inquiries. Attempts to reach Kraus entities at a number of published phone numbers failed because the phone numbers were either dead or had no voicemail systems.