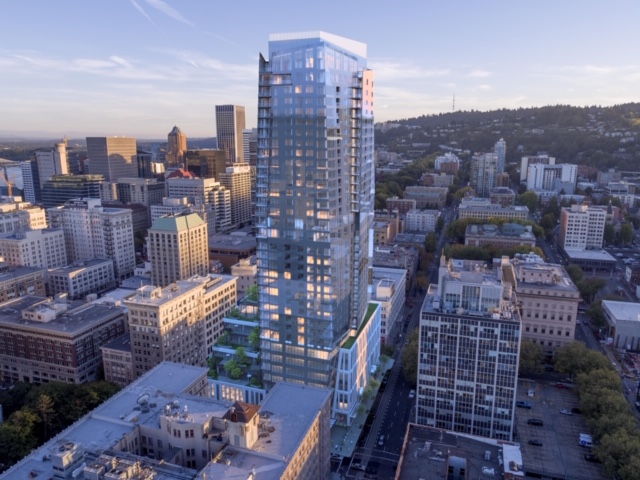 The four-year loan will cover the construction of the 35-story, 1-million-square-foot development, which will include the city’s first luxury hotel, a 251-key, five-star Ritz Carlton Hotel, according to Mosaic.

“The high-leverage loan request, in and of itself, made this a very complex financing,” Alex Ovalle, Mosaic’s head of originations, said in a prepared statement. “It was made even more complicated given that it is also the first development of its kind in Portland to offer this mix of uses. However, we were able to approach and understand the valuation of each of the separate components. Combined with the strength of sponsorship, it created a situation that was perfect for us.”

“We recognized that due to the size and complexity of this project, we were going to focus on groups that would have the ability to finance a project of this scale,” Davies said in prepared remarks. “We cast our net to a variety of capital providers that included construction, mezzanine and  ‘stretch’ (senior and mezzanine combined) lenders.”

Portland-based BPM will break ground this summer, and it’s expecting construction to wrap in 2023.

Plans for the sites redevelopment were filed in April 2018, The Oregonian reported the time. And several months later, that December, the development received design approvals from the Portland Design Commission, according to a report from the Daily Journal of Commerce.

The proposed project—listed at 936 SW Washington Street—will replace vendors at the city’s largest food-cart “pod,” a popular lunch destination that houses a variety of carts lining the entire block, according the Daily Journal of Commerce’s report.

BPM Real Estate Group could not be reached.

This story was updated to say that HKS Architects is based in Dallas, Texas, according to a company representative, instead of New York.