An ultra-competitive lending environment has some borrowers calling the shots, pushing back against SPE covenants. But how far will alternative lenders bend to get the deal? 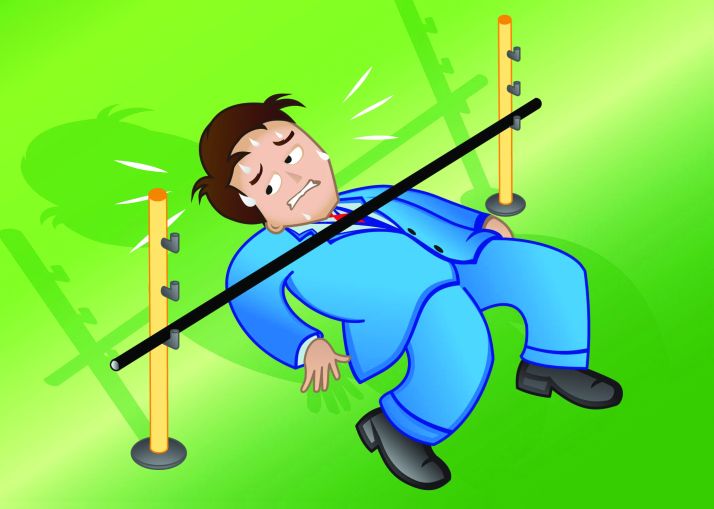 How low can you go?

In a late cycle environment that’s headlined by a very liquid and competitive credit market, many alternative lenders across the country are starting to feel a heightened pushback from borrowers against deal structure. Specifically, the pressure is around “bad boy” guaranties—predominantly in transitional deals.

In a nutshell, some borrowers have been digging in their heels to limit loan liability to their special-purpose entity (SPE), or borrower entity, should they engage in a “bad act.” This would eliminate the accountability of the borrower entity’s parent company, or “warm body” guarantor, which is typically required to back the loan provided to an SPE.

Those borrower requests, which numerous alternative lenders told Commercial Observer they are beginning to receive, could signal the beginning of some deal structure erosion—and the lenders who agree to them could get their fingers burned should a borrower default, or worse, be a “bad boy”.

What constitutes a “bad boy” action—from obviously egregious acts like violating the SPE, a voluntary bankruptcy filing or facilitating an involuntary bankruptcy to issues like the misappropriation of funds or fraud—can vary in negotiations and can sometimes prove controversial. But while flexibility is one of alternative lenders’ top calling cards in winning transactions, negotiating SPE covenants in non-recourse deals is simply a stretch too far.

“By only having your borrower entity signing on the guarantee, it essentially entirely guts the usefulness of the carve-out guarantee and is a far inferior inducement,” one official at a large Los Angeles-based alternative lender said. “It’s an SPE, so all you’re putting on the line is the entity that’s already the collateral for your loan. I think we’re in the majority of lenders who are simply not agreeing to that.”

(Several alternative lenders and lawyers spoke with Commercial Observer on the condition of anonymity in order to speak candidly and not undermine any business or legal relationships.)

SPE guaranties are two-fold. The inclusion of the borrower’s parent company as a guarantor is commonplace and is seen as security for lenders should they face losses. An SPE legally separates the collateral behind a loan from a guarantor’s, or parent entity’s, financial obligations, but it also holds the guarantor liable if the borrower defaults on its debt or commits a bad act.

But, some borrowers have been pushing alternative lenders to eliminate the liability of the guarantor altogether, which would leave just the loan’s collateral—the real estate—as the only way a lender could recoup losses.

“We’ve seen more borrowers asking for [less restrictive covenants],” the L.A.-based lender said. “It’s late-cycle behavior by borrowers who recognize that there’s a lot of liquidity in the credit markets and that lenders are very hungry [for deals].”

In the pre-crisis days of old, many lenders unabashedly over-leveraged real estate assets, sometimes with LTVs eclipsing 100 percent, based on pro forma rents. Lending discipline has returned today, but many borrowers still find themselves in a position of strength, leveraging today’s crowded lending field in order to wiggle around some loan covenants while still pocketing 60 percent or more in proceeds.

Non-recourse financing really took off in the 1990s as a byproduct of the growing CMBS market, when these lenders ushered in the idea of asset isolation—which meant that recourse liability would not be pursued against a borrower as long as the collateral remained shielded from the parent entity’s financial obligations and unless any actions by the borrower were taken in bad faith.

One New York-based real estate finance lawyer who spoke with CO said that many lenders began implementing stern “net worth and liquidity tests for guarantors” following General Growth Properties’ (GGP) 2009 bankruptcy proceedings, the largest ever real estate filing in the industry’s history. Although “in reality, GGP would have met every test…you are not necessarily looking to the guarantors’ financial wherewithal; you want a solvent well-capitalized guarantor as a deterrent,” he said.

Even so, today it’s typically large, well-capitalized sponsors who can negotiate carve-outs and get what they want from a lender, given their creditworthiness and track record, said lenders who spoke with CO. But, with those allowances usually comes lower loan proceeds as non-banks aren’t keen to dip their toe too far into the mud.

The New York-based real estate finance lawyer said it’s the major non-bank lenders, such as “the Cantors, Ladder [Capitals] and ACORE [Capitals] of the world” who are known to stand their ground and aren’t “pushovers” in negotiations.

“At lower LTVs and with sufficient equity, [many] lenders will forego guarantees, but they might, say, cap expenditures at 10 to 20 percent of the loan,” the lawyer said. “A bank or a non-bank, with a low LTV loan to a sophisticated borrower—the 800-pound gorilla—will be far more flexible in negotiating the loan terms, including those related to recourse.”

The lawyer said those who are engaging in negotiations and riskier lending practices are typically “lenders who are new to the market and are trying to grow their volume and are less sophisticated” than the large banks or non-bank lenders and well-established private equity firms such as Blackstone, Brookfield and KKR. He added, “there’s a whole new cast of characters who haven’t been through 2008.”

One New York-based alternative lender said that large sponsors such as major REITs, for example, will get more room to negotiate carve-outs on “a 50 percent loan-to-value deal… [companies like that] are going to get something different than the guys who we’re lending 80 percent to on a transitional deal.”

“Occasionally, we’ve found instances where [borrowers] have really pushed hard [against SPE provisions] and have been able to get [their way] on full 65 percent leverage-type deals,” the L.A.-based lender said. “It’s an immediate pass for us. I think for most lenders it would be as well.”

The L.A.-based lender added that “there are a few [large] borrowers, historically, who have [routinely pushed back against carve-outs], but usually they’re borrowing at a much lower leverage…but you also get some folks who ask for the sun and the moon just to see if [they] can get it in this environment.”

Despite this temptation in a market awash with capital, one lender cautioned against the idea that there’s been a fundamental change in requests, adding that the majority of borrowers are still taking a conservative approach and only requesting what’s economical in the face of a possible downturn.

“The reality is almost every borrower is influenced by proceeds and pricing first, and then come the other terms along with it,” said an executive at a Connecticut-based alternative lending shop. “If you’re down to three lenders and they’re all close, and you can get one of them to [budge on recourse], then it’ll happen.”

The Connecticut lending executive said that generally, “borrowers are still looking for the major economic terms—prepayment, call protection, fees and structure and reserves. Those matter more than recourse. Most borrowers don’t expect to do a lot of the stuff that’s going to trigger the recourse, so if they have a choice between an extra $5 million or 20 basis points, they’re going to choose [the money] over giving up carve outs.”

But, moving away from SPE carve outs, there’s a broader trend in an uptick in borrower pushback, lenders said. This includes things like a borrower negotiating down the net worth of an asset and the financial covenants they’d have to agree to, and—given the tidal wave of competitors battling for deals—not every lender is standing their ground.

One chief executive of a New York-based lender and investor said “some of the discipline associated with lending today is starting to erode a little bit just as there’s more competition…[for example] we’re seeing advance rates becoming frothy. But, we’ve stuck to our knitting [on negotiations around guarantees]; the borrowers we’re willing to finance are going to be responsible enough.”

But, that’s not to say some borrowers won’t at least try to give lenders a little extra push in a variety of ways.

“They’re chipping around the edges,” he said. 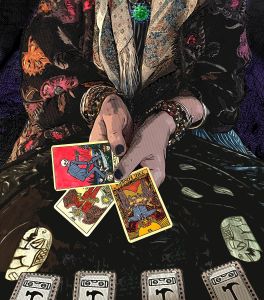