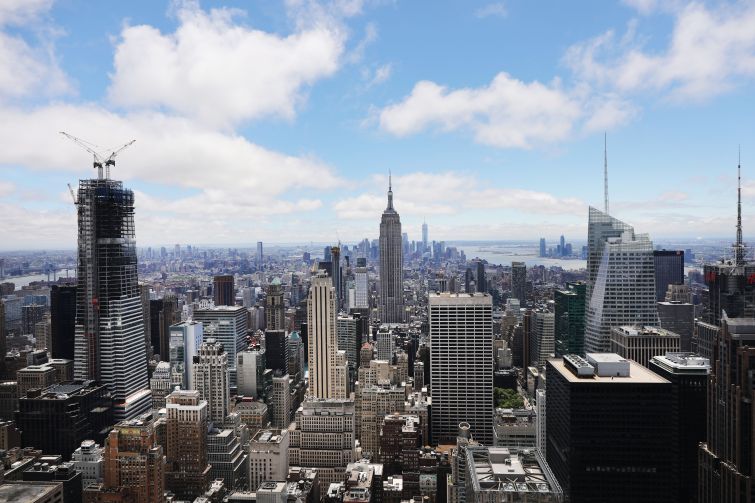 A pair of New York City landlord associations and seven smaller owners challenged the state’s rent-stabilization laws in a new lawsuit, claiming the regulations are unconstitutional especially in the wake of the sweeping changes passed on them last month.

The Rent Stabilization Association and the Community Housing Improvement Program—each representing more than 30,000 property owners across the city—filed the suit on Monday in the Eastern District of New York. The suit seeks to do away with the state’s rent stabilization regulations.

The suit argues that the regulations restrict a landlord’s property to such a degree that the government has effectively taken over the buildings. It also asserts that the law does not meet its goals of making the city more affordable for low-income residents.

“If the government says, ‘Here are the goals of our regulatory programs,’ the regulations have to bear some rational relationship to the goals [under the Constitution’s due process clause],” said Andrew Pincus, a partner at law firm Mayer Brown and one of the attorneys for the landlord groups. “They just don’t match. There are plenty of stories about wealthy people in rent-stabilized units.”

One of the major arguments in the landlords’ suit filed Monday was that the restrictions on rent-regulated properties violates the Fifth Amendment’s takings clause, which states the government shall not take control of properties without providing compensation, Pincus said.

The lawsuit was first reported in The Real Deal.

Last month, the Democratic-controlled New York State legislature reached a deal strengthening tenants’ rights that sought to reduce the number of rent-stabilized apartments leaving the system each year. It was quickly signed into law by Gov. Andrew Cuomo.

“We listened to hours of testimony and spent additional hours meeting with a wide range of interested parties,” State Sen. Zellnor Myrie, a driving force behind the rent regulation changes, said in a statement to Commercial Observer. “In the end, we passed a bill that aimed to protect tenants from what had become a speculative and harmful imbalance of interests. I am incredibly proud of that work and have full confidence that it was not only constitutional but necessary for the public good.”

The new regulations dramatically limited landlords’ ability to raise rents following building and apartment renovations, eliminated the high-rent decontrol threshold and lowered the yearly rent increases. They also require purchase agreements from 51 percent of tenants to convert a building to co-ops or condominiums, instead of the 15 percent previously needed. Currently, 966,000 of the city’s 2.2 million rental units are rent-regulated, as CO previously reported.

The changes were a blow to the real estate industry—who argued they will kill profit-margins for rent-stabilized units and will lead buildings to fall into disrepair —and they immediately got to work to fight it in courts, as CO reported.

This isn’t the first time the city’s rent stabilization rules have been challenged under the takings clause. The owners of a five-story brownstone on the Upper West Side, James and Jeanne Harmon, filed a suit against the law in 2008, The New York Times reported.

New York’s Court of Appeals ruled against the owners and the Supreme Court declined to consider the case in 2012, according to the Times.

“The constitutionality of rent-regulation has been challenged in New York by the real estate industry for over a century and so far, they’re shooting 0-for-100,” Myrie said. “I do not foresee that changing with this lawsuit.”

Pincus said that recent decisions by the Supreme Court on the takings clause—including allowing cases to go to a federal court without seeking compensation in a state court—gives them a stronger case this time.

“We’re really in a whole new ballgame,” he said. “We think we have a very strong case and that judges will recognize that.”

Proponents of the rent-regulation changes blasted the lawsuit and said rolling back the changes to the laws would be a “step backward” for New York.

“We see this meritless lawsuit for what it is: a last-ditch effort to retain the disproportionate power these landlords held that allowed them to harass, displace and unduly profit off of the most vulnerable tenants in New York,” Judith Goldiner, the lead attorney for The Legal Aid Society’s Civil Law Reform Unit, said in a statement. “This lawsuit—an ironic symbol that underscores the fact that landlords’ profits are exorbitant if they are willing to waste their money on frivolous litigation such as this—is an affront to our communities and we will continue to push forward and fight for our clients and all low-income tenants.”