As crowdfunding matures, it’s unclear whether it can deliver on its promise of democratizing real estate investment. 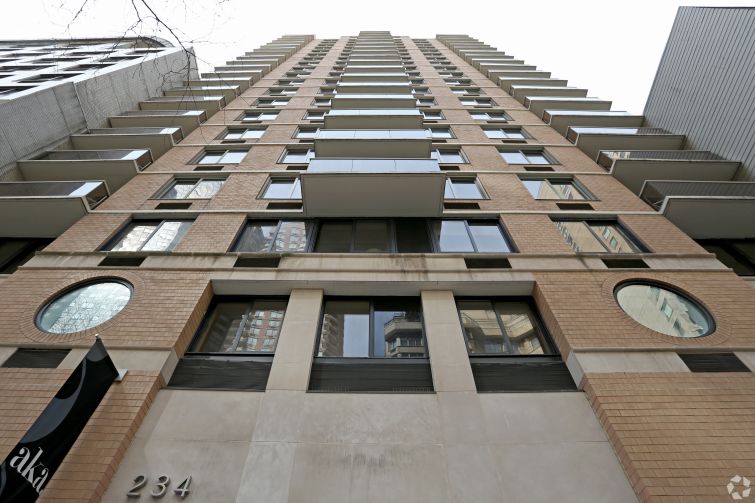 The first Dog Haus in Michigan was supposed to open in an old Fitness USA at the far end of a vast sea of parking lots. Instead, the site is a blank pile of rubble, what remains of the demolished Fitness USA.

The Dog Haus is one of a handful of properties purchased by Franchise Growth LLC and funded by RealtyShares, a crowdfunding pioneer that ceased operations last November and was sold to a new owner in May.

RealtyShares’ collapse came as a surprise to most. The company, which had launched in 2013, was one of the largest crowdfunding sites at the time and had raised hundreds of millions in venture capital.

It was an early success of the crowdfunding model for real estate, which had been launched by the passing of the Obama Administration’s Jumpstart Our Business Startups (JOBS) Act in 2012. The act opened the door for small businesses to raise money online by amending the Securities and Exchange Commission rules governing registration of securities.

It was intended to propel the investment world into the democratized era of the internet, with its characteristic accessibility and disintermediation.

Most real estate crowdfunding sites continue to highlight the equalizing benefits of the model. Fundrise provides “access to a once-unattainable investment class,” and Rich Uncles, which has a minimum of $5, wants to “level the playing field” for the average investor. The sites offer investments in funds that focus on income-producing assets, like single-tenant office, multifamily housing and convenience centers nationwide.

“We wanted to create more access to an investment strategy that the ultrawealthy have been using for 100 years,” says Janine Yorio, the CEO of Compound, a fledgling startup which will offer city-themed real estate funds.

Just as crowdfunding promised to deliver a new world where real estate wealth was more widely accessible, now innovators in the blockchain space say the same thing about tokenization. Many envision a liquid secondary market for real estate tokens, backed by physical properties, that is open to the general public.

But as crowdfunding has matured over the past seven years, and tokenization fights for legitimacy, it’s unclear whether either will deliver on their promise.

The dream is that if everyone had access to the same investments, with the potential for the same returns, real estate wealth would be more widely distributed. The reality is that most crowdfunding is still open only to already wealthy individuals, and that the scrappy tech startups that jumpstarted crowdfunding are being replaced with respectable real estate companies who value trust over access.

Historically, regulators have also had to perform a balancing act between protection and access. Opening a platform to all investors also opens up all investors to risk, says David Bieri, a professor of Urban Affairs at Virginia Tech and a former banking professional, and especially since 2008, regulators have tended to fall on the side of security.

“One of the things that has been on policymakers’ minds is to protect investors from the excesses of people in finance,” Bieri said.

The JOBS Act attempted to find the right balance between the two. Most crowdfunding utilizes one of two options introduced by the act. The first, a new exemption under Regulation D, called 506(c), allows companies to advertise publicly when they are raising money, as long as their investors are accredited. An accredited investor is defined as someone who has a net worth of more than $1 million excluding their primary residence or has earned more than $200,000 in income for the last two consecutive years. Firms that operate under that model include Crowdstreet,  Realty Mogul, and Prodigy Network, which was resopnsible for New York’s first crowdfunded commercial project, the AKA United Nations.

Jeff Holzmann, the former COO of crowdfunding site iintoo, says the definition of an accredited investor is very divisive: “You can have an economics degree, and if you make $199,000 a year, you can’t invest, but Kim Kardashian can walk right on up and buy a multifamily building for $200 million. Should our bar be set by how much money you make?”

Holzmann has taken the helm of the newly-formed IRM, a joint venture between iintoo and Texas-based real estate firm RREAF Holdings, which has taken over the RealtyShares portfolio.

Companies using the accredited investor option usually offer direct investment in specific deals, either by providing a marketplace of deals to choose from or doing periodic offerings of new deals.

This certainly opens the door to some investors who would previously have been locked out. Roughly 10 percent of the households in the United States fit the criteria, but there’s no estimate on how many of those people would already have had access.

The second option offered by the JOBS Act, which was not finalized until 2015, is open to all investors. Under the revised Regulation A, companies raising up to $50 million can register their offering with the SEC in a mini IPO, a less intensive process than a traditional IPO. While this can be used for individual deals, it can quickly become cumbersome, so companies operating under this model—such as Fundrise and Crowdstreet—offer investors portfolios of properties instead, usually structured as public non-traded REITs.

Those companies claim that their funds, sometimes called eREITs, offer better returns than traditional REITs because there are fewer middlemen and therefore fewer costs that get absorbed by the various stakeholders. But that idea remains up for debate.

Ben Keys, an economist and Associate Professor at the University of Pennsylvania, says the benefits aren’t necessarily worth the trade-off of liquidity and diversification that a traditional REIT offers.

Crowdfunding still makes up a very small percentage of all commercial real estate investing. But, as it grows and becomes more sophisticated, it’s likely the initial idealistic goals will be undermined. This is likely to be the case both due to increased regulation, and because traditional real estate players will replace the Silicon Valley startups at the forefront of the sector.

The first entrants had the ethos of an internet platform company, where they facilitate deals but leave the choice with the investor, whereas the ethos of a blue-chip real estate company is to present themselves as a trusted arbiter of what is a good deal. The downside of the former is a lack of oversight and asset management; the downside of the latter is higher barriers to entry.

And when it goes wrong, it’s the investors that get hurt.

“It may be true that the crowdfunded options give you more control, but that requires a lot of sophistication and most investors are not that sophisticated,” said Keys.

RealtyShares was a perfect example. “They were way above their heads in terms of real estate investment, they had no idea what they were doing,” said Holzmann. Instead of making a profit off every deal, they were making money off platform and management fees. “They had to keep doing more deals in order to fund the existing business.”

ArborCrowd is the opposite. Founded in 2016 as the crowdfunding arm of the mortgage lender Arbor Realty Trust, it offers accredited investors the opportunity to invest in select deals under the 506(c) exemption, with minimums of either $25,000 or $50,000. But Arbor has offered just eight deals since it opened in 2016. “We’re part of an institution, we’re very selective, very conservative. We’re not going after quantity of deals,” said co-founder Adam Kaufman.

By contrast, he said, many of the other companies sought volume above all. “People are acting in poor faith, people are pushing deals to show growth to investors and the VC companies that fund them,” he said. ArborCrowd also fronts the cash first, then raises the money from investors.

His firm got into the business in order to unlock a new source of capital and grow their business. “We recognized that there was a class of new investors,” he said. “We wanted to grow with the industry and with the times.”

It is difficult to measure the success of any of these companies, however, because they’re not public and because not enough time has elapsed. That’s especially true given the long-term nature of real estate investments. In addition, crowdfunding is coming of age during an upcycle, but the true test will be in a scenario where deals start to go south.

But while the tech-first companies had their issues, they also offered a different way of thinking about which traditional obstacles to real estate investment were necessary, and which were legacies of an inherited system.

And it wasn’t all bad at RealtyShares either. One state away from the failed Michigan site, a Realty Shares-funded Dog Haus in Rockford, Illinois, is open for business and serving “awesome spicy chili fries” right now.