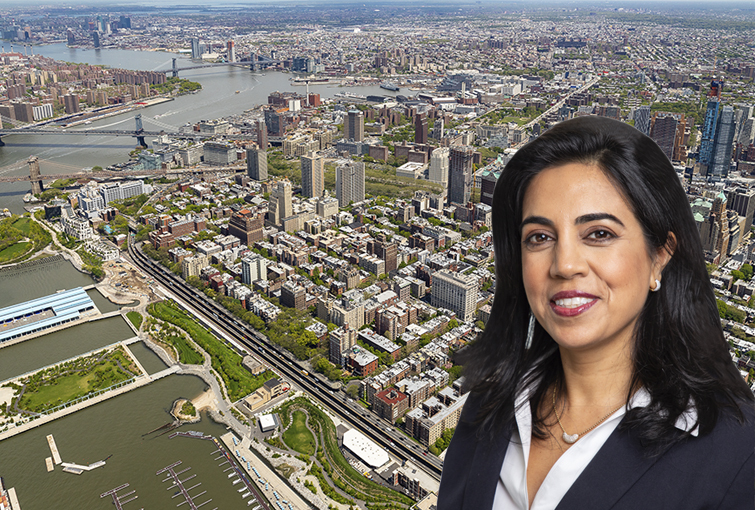 Every year, it seems, a new area of Brooklyn becomes the designated trendy neighborhood. DUMBO, Williamsburg, Bushwick, Crown Heights, Gowanus, Prospect Lefferts Gardens, Sunset Park and Red Hook have all had their moment in the sun. Brooklyn Heights, on the other hand, offers a different kind of value and sensibility—one of timelessness, beauty and stability. These characteristics, according to Shallini Mehra, a managing director at Meridian Investment Sales, are certainly attracting young professionals, families and investors.

Shallini, who works on Team Doshi, a team led by Amit Doshi, recently helped sell two properties in Brooklyn Heights and is marketing three more, so she has a solid understanding of what investors are seeking and why they continue to gravitate to the neighborhood and its buildings.

The three buildings that Shallini and her team have listed (161 Columbia Heights, 25 Pierrepont Street, and 144 Willow Street) are all walk-ups with 10 or fewer units, which puts them in the Tax Class 2B category. Class 2B tax increases for assessed value are limited to eight percent annually or 30 percent over five years—representing significant savings on operating costs.

Another attractive feature of these buildings is that they are 80 percent to 100 percent free market. Investors have taken note, as they’d like to avoid the challenges of the rent-stabilized market.

“Prospective buyers are looking for decontrolled properties, especially if they are based outside of New York and are less familiar with New York’s rent stabilization laws,” says Shallini. “The three buildings we’re marketing are primarily free-market, and that is perceived as a huge plus.”

The team’s recent sales of 35 Pineapple Street and 50 Orange Street in Brooklyn Heights reflect this demand. Both closed at record prices because they were free-market buildings with high-end renovations. Shallini and her team achieved an excess of $1,200 per square foot for each of these corner elevator buildings, which is competitive with Manhattan pricing.

The neighborhood is another draw for investors, owners and residents. Considered to have been the first suburb of Manhattan, Brooklyn Heights boasts three prized qualities: aesthetics, amenities and convenience. “You’ve got beautiful architecture, the Promenade, and spectacular views,” Shallini points out. “It’s always going to be sought after—the nicest place to live in Brooklyn.”

Admittedly, the Promenade will be out of commission for a while as the Brooklyn-Queens Expressway is repaired, but Shallini looks at the situation with a long-term perspective: “Think about the Second Avenue subway and its effect on the real estate values in the neighborhoods it reaches. Or Hudson Yards, which is now a popular destination for both locals and tourists. Both projects took a long time, but they were transformative. We can expect a similar situation with the Promenade. The result will include more greenery, bike lanes and park lands, all of which will make the neighborhood even more appealing.”

On the retail front, nearby Montague Street houses a mix of “fantastic shops and restaurants,” according to James Famularo of Meridian Retail Leasing. Of particular note are Perelandra, Tutt Café and a restaurant the team recently brought to 143 Montague Street—Grand Canyon Restaurant. James adds that the retail leasing landscape, with “plenty of people shopping, dining and enjoying live theater and music performances combined with the beauty of the surrounding streets, has led to strong demand for space in the area.”

The neighborhood’s convenience is a further consideration. Serviced by the 2, 3, N, R and W trains, along with several local bus routes, Brooklyn Heights has a transit score of 100 (a “Rider’s Paradise”). It also scores very high ratings for walking (96—a “Walker’s Paradise”) and biking (88—“Very Bikeable). Drivers, meanwhile, appreciate the proximity to the Brooklyn and Manhattan Bridges and the Brooklyn-Queens Expressway.

Amit Doshi, a senior executive managing director at Meridian Investment Sales, shares his colleagues’ views of the neighborhood’s charms. “Brooklyn Heights is like a blue-chip stock,” he says. As Shallini observes, “You could venture father out in the borough for lower prices, but you won’t necessarily be getting the same high-quality tenant. Here, the median household income is nearly $130,000.”

She concludes, “Brooklyn Heights has been a nexus of the well-heeled since the 1800s. Two centuries later, it’s only becoming more alluring—for not only residents, but also investors. The combination of the neighborhood’s historic roots, beautiful architecture and engaged community create an unbeatable and timeless proposition.”

Shallini Mehra, Managing Director at Meridian Investment Sales, can be reached at 212-468-5958 or smehra@meridiancapital.com