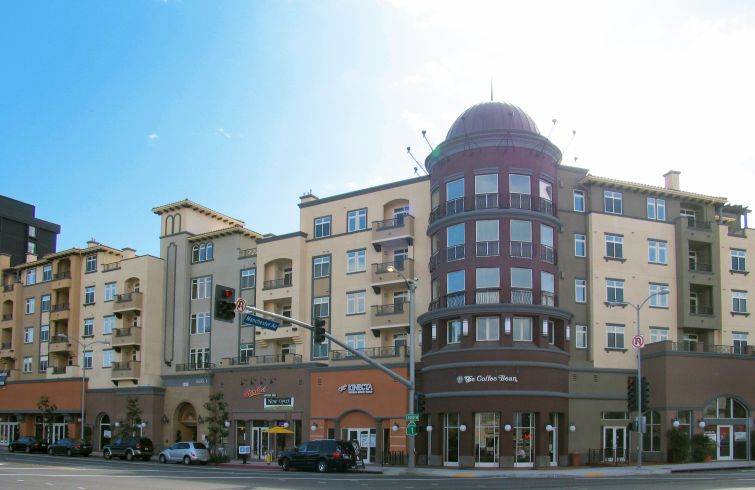 Decron Properties has picked up a $125 million mortgage to refinance a multifamily and retail property in Los Angeles, Commercial Observer can first report.

The ten-year financing knocks out previous debt from the same lender on Playa del Oro, a 405-unit complex at 8601 Lincoln Boulevard in Playa del Rey, just north of Los Angeles International Airport. Decron will pay a fixed interest and won’t owe principal payments until the loan matures in 2029, according to Meridian Capital Group, whose Seth Grossman and Jackie Tran advised Decron on the financing. Meridian identified the lender only as “a life insurance company,” but a source close to the transaction pointed to Barings, a subsidiary of MassMutual headquartered in Charlotte, N.C.

Built in 2009, the five-story property also has almost 28,000 square feet of ground-floor retail space, which is shared by eight tenants. The largest is an LA Fitness gym; others include The UPS Store and a handful of food-and-beverage shops.

“Due to the asset’s tremendous sponsorship, coupled with such strong lender demand for Class A Southern California multifamily and mixed-use products, bids for the debt were extremely competitive,” Grossman said in a statement. “During negotiations, the existing lender agreed to waive the remaining yield maintenance on the loan that was to be paid off if they were given the opportunity to refinance the loan, creating an edge to win the refinance that other lenders couldn’t match. This was a testament to what can unfold with a great sponsor-lender relationship and such a successful project.”

The project owes part of its appeal to a new western center of gravity in the Los Angeles megalopolis’ economy. In the last decade, the Silicon Beach area, centered just north of Playa del Rey, has attracted companies including Google, Facebook and Salesforce, and developers have responded with a slew of high-amenity projects aimed at attracting their workers.

“That’s absolutely one of our prime demographics,” Eric Diamond, a Decron executive, told the Los Angeles Times in 2013, describing the rationale for the project. “The expectations they have for their landlords are no less stringent than the ones they have for themselves.”

To that end, the asset features a sauna, a spa, a swimming pool, a gym and a business center. Three miles from Pacific Ocean beaches, the property is the first phase of the Playa del Oro Master Planned Community, which will eventually expand to 14.5 acres.

Representatives for Barings and Decron didn’t immediately respond to inquiries.