Yo, CLOs! Bridge Lending Experts Opine on the State of the Market 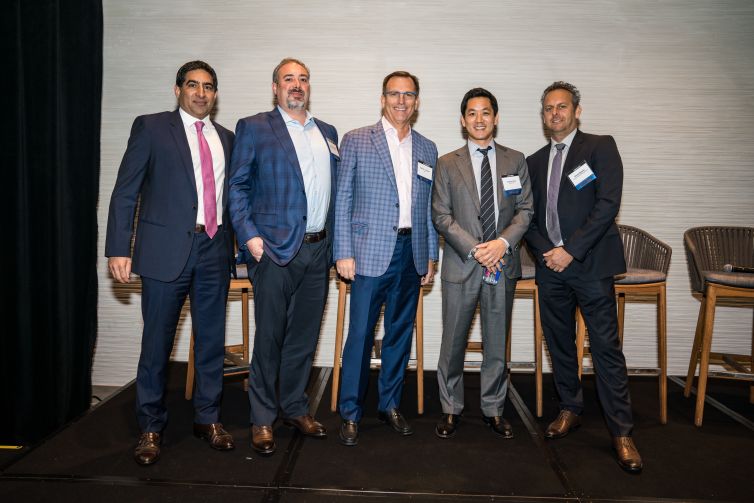 The commercial real estate collateralized loan obligation market is a much-buzzed-about topic, and with good reason. Issuance soared to $14.3 billion in 2018 from $7.7 billion in 2017, which is bound to grab any market observer’s attention. And while its velocity decreased slightly at the beginning of 2019, total volume is expected to remain pretty flat by year end, topping out around $15 billion.

Bridge lending experts at Commercial Observer’s inaugural Spring Financing CRE Forum in Los Angeles weighed in on what’s driving the market and also—in a time of fierce competition—how bridge lenders are differentiating themselves from the herd.

But first, some history.

It’s hard to have a panel conversation about CLOs without first quelling any fears that they aren’t direct descendants of that dreaded three-letter acronym heavily associated with the global financial crisis: CDO. Simply put, collateralized debt obligations were an arbitrage tool, panelists said, while CLOs are a financing tool.

“ ‘CDO’ was a very generalized term. It spanned a lot of things, and so it was tough to figure out exactly what you owned,” Nik Chillar, head of banking at Crescit Capital, said. As such, three little letters added to the moniker of today’s instruments to help differentiate them from days gone by: “CRE” shows they include commercial real estate loans only and “CLO” emphasizes these are loans, not securities.

Then there’s the retention of 20 to 25 percent of the risk and today’s extensive underwriting of the issuer—critical, seeing as most CRE CLOs are managed pools, the reinvestment period relies on the strength of the issuer to create a good replacement loan for the CLO’s investors.

The criteria for today’s CRE CLO collateral also remains pretty tight, panelists agreed, with both  rating agencies and investors putting a very firm box around what can be contributed.

Now that’s cleared up, how are bridge lenders keeping their competitive edge in what moderator Steven Powel, CEO of industry advisory firm Situs, says feels like a “beauty contest to earn business?”

After all, even the industry’s behemoths are feeling the heat of more players in the space.

“It’s a challenge to differentiate yourself,” Jimmy Yung, a managing director at Blackstone, said. “We try to be fast and efficient, and scale is where we have a competitive advantage.” Its breadth of capital allows the platform to play up and down the capital stack, Yung noted. Although Blackstone didn’t issue a CLO in 2018, it issued the biggest one of 2017—BXMT 2017-FL1.

Annaly Capital Management’s David Sotolov joked he’d also tout Annaly’s big balance sheet as the feather in his cap, but peacocking was tough “sitting next to Jimmy.” Still, $100 billion of assets under management ain’t too shabby.

Thorofare Capital has just started tapping the CLO market, using the vehicle as “one tool in our toolbox,” said Brendan Miller, the lender’s chief investment officer.

The bridge lender has built out its platform with the intention of having access to as many levels of the capital stack as possible, Miller said. This includes a move from being a “heavy lift” transitional lender to forming a strategic partnership with DoubleLine Capital in 2015 to do more core-plus lending and up its loan size. The lender focuses on value-add and transitional multifamily, industrial, office, self-storage, student housing, retail, health care and hospitality assets throughout the United States.

“We’ve put together all parts of the capital stack so we can take borrowers from point A to point B,” Miller said.

Balance sheet lender Crescit operates in the fixed- and floating-rate lending space and also “dabbles in construction as well.” The $10 million to $45 million lending space is its sweet-spot and—bonus—there’s a little less competition there.

In times of increased competition, loan pricing can seduce even the savviest of borrowers. Resist the siren song, said the panelists.

Miller said he’s seen borrowers who selected a lender based on attractive pricing subsequently return to them, “usually because that lender didn’t have asset management capabilities or because their loan was contributed to an unmanaged pool,” he said.

Thorofare, too, continues to staff up on the asset management side, Miller said, as well as building lasting relationships with its borrowers. New York-based Annaly, on the other hand, is expanding into other markets to be “closer to borrowers in those markets,” Sotolov said.

When Powel asked which industry weaknesses are being witnessed by the panelists, retail still dominated the conversation.

“There’s a real lack of liquidity in the market,” Sotolov said. “Retail owners may not want to sell [their properties] but if they’re trying to refinance the capital markets aren’t that kind, to say the least.”