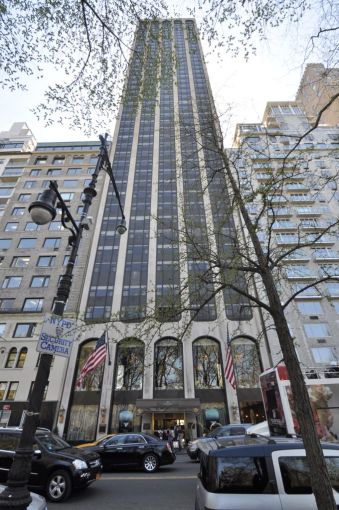 J.P. Morgan Chase and Deutsche Bank have teamed up to provide $615 million to The Witkoff Group and Emirati sovereign wealth fund Mubadala Investment Company to refinance the Park Lane Hotel in Midtown, according to city records.

The five-year, floating-rate facility refinanced around $266 million in previous acquisition debt from Well Fargo used for the joint venture’s $654 million purchase of the asset in 2013 and provided additional funds that will be injected into the property.

Newmark Knight Frank’s Dustin Stolly and Jordan Roeschlaub arranged the debt financing but declined to comment on the transaction.

The deal included $425 million in mezzanine debt provided by a syndicate of lenders, a source told Commercial Observer. “It’s a pretty wide [collection],” the source said, although the person declined to provide names. Also included in the package was a $158.3 million gap mortgage.

The 43-story hotel—at 36 Central Park South—has been ensnared in the infamous 1Malaysia Development Berhad (1MDB) fraud scheme that was brought to light in 2015. That year, the prime minister of Malaysia at the time, Najib Razak, was accused of funneling around $700 million from 1MDB, the state’s sovereign wealth fund, into his personal accounts. He was appointed to 1MDB’s board of directors not long after being named prime minister in 2009.

Low Taek Jho—an associate of Razak known as Jho Low—allegedly helped facilitate the money laundering scheme through a holding company called Jynwel Capital, which was set up in 2010 by him and his older brother Szen Low.

Through Jynwel, Low and his accomplices are alleged to have used funds siphoned from 1MDB to acquire the 631-unit Park Lane Hotel in 2013, in a joint venture with Witkoff and his investment partners, Howard Lorber and Harry Macklowe. Low’s initial stake in the asset was 85 percent, but he sold a portion to Mubadala that year for $135 million, Bloomberg reported in November 2018. That month, intermediaries holding Low’s interest in the property agreed to withdraw their claims in a U.S. forfeiture lawsuit in federal court in Los Angeles.

After Low’s interest was relinquished, Mubadala was able to up its position in the asset, which sources told CO is now a majority, controlling stake. Mubadala bought Low’s remaining stake for $140 million in December 2018, according to data from CoStar Group.

With the 2013 acquisition, the buyers had first planned to convert the hotel into a large-scale ultra-luxury residential condominium project. But Witkoff, with minority partners Macklowe and Lorber, shelved the plan in 2016, instead moving forward with a renovation of the hotel.

Built in 1967 by late New York real estate tycoon Harry Helmsley, whose family estate sold the hotel to Witkoff and Low in 2013, the roughly 450,000-square-foot property is currently operated by hotel management and investment company Highgate.

An official at The Witkoff Group did not immediately respond to an inquiry.