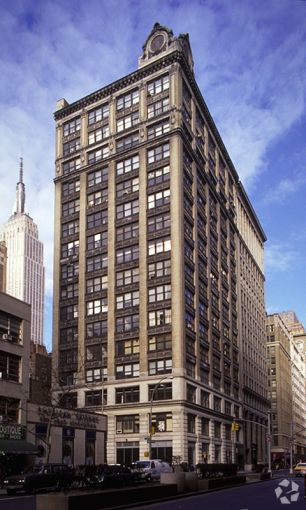 Vitech Systems Group, a firm that provides software for insurance companies and pension funds, expanded their Midtown South presence with a new location at 432 Park Avenue South in NoMad.

Dennis Someck and Justin Myers from Lee & Associates represented Vitech in the lease. The firm has moved into the entire 15th floor of the 16-story building, between East 29th and East 30th Streets, according to a statement from Lee & Associates. Vitech began working out of its new space today.

The company subleased the 9,800-square-foot space from the gift company Wild & Wolf. The asking rent for the location was $56 per square foot, according to the press release. The four-year deal was signed in May, a Lee & Associates spokesperson said.

The new location is an expansion of Vitech’s 42,000-square-foot office space two blocks away at 401 Park Avenue South, between East 27th and East 28th Streets.

The sublandlord was represented by Elliot Warren and Marie Mosseri of the Kaufman Organization. Kaufman did not respond to requests for comment.

“[Vitech’s] success has continued to necessitate more space,” said Someck in the statement. “This new full-floor expansion space is just steps from the existing office, making for convenient travel between the two locations.”

The 105-year-old building is owned by Samco Properties. Environmental engineering consulting firm AKRF is also a tenant in the building, according to Samco’s website.

Update: This post has been updated to correct the name of the sublessor.