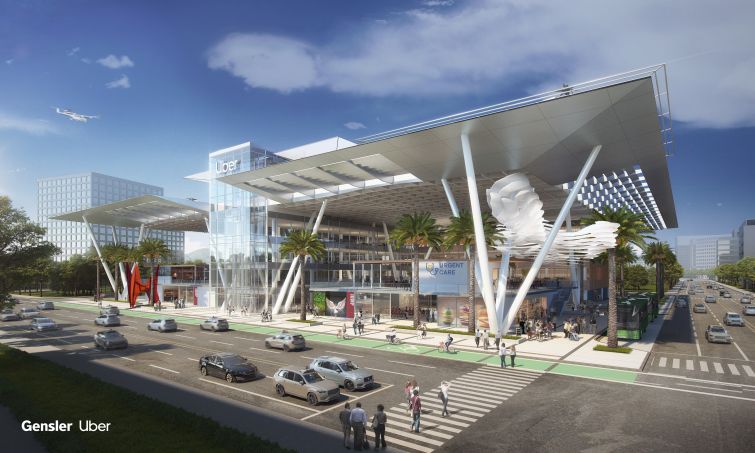 If Uber’s ambitious plans come to pass, L.A. and Dallas area motorists tired of sitting in mind-numbing traffic can opt for the ride-sharing company’s flying taxi service or, per company parlance a “shared VTOL” (vertical takeoff and landing) aircraft, by 2023.

The company plans to introduce the service to Los Angeles and the Dallas-Fort Worth metropolitan areas, with testing slated to start as early as next year. Melbourne, Australia will be the first international location and third test city for the project, according to media reports from the third annual Uber Elevate Summit in Washington, D.C. last week.

The company unveiled what its Uber Air vehicles, as well as the “Skyports” meant to act as urban takeoff and landing centralized bases, may look like during the summit.

To fulfill its ambitious mission, Uber has partnered with major manufacturing partners—Bell, EmbraerX, Pipistrel Vertical Solutions and Boeing subsidiary Aurora Flight Sciences, Karem Aircraft and now Jaunt Air Mobility — to create the vehicles. And it hasn’t held back when it comes to its Skyport concept either, bringing major real estate development partners and architecture firms, including Gensler on deck, according to Avionics International which did a roundup of key takeaways from the Uber event.

The first Skyport for Uber Elevate’s flying taxi service will be built in Santa Clara, California through its real estate partnership with Related Companies. The developer plans to add the service to its 240-acre urban development in Silicon Valley, which Curbed San Francisco dubbed the “Hudson Yards of the West,” in reference to the company’s mega-project in Brooklyn. The second planned Skyport will be constructed in the Dallas-Fort Worth area of Texas in partnership with Dallas-headquartered Hillwood Investment Properties, per Avionics International.

Gensler, meanwhile, released renderings for the firm’s CitySpace concept for Uber’s Skyport Mobility Hub, one of several prototypes Uber unveiled last week. The design firm detailed its two concepts—a retrofit that could be added to existing buildings and another ground-up option—that share a common kit of parts, meant to assist rapid rollout.

In its press materials about their design, Gensler imagines a metropolis where passengers arrive on e-bikes, e-scooters, public transit, traditional ride sharing vehicles, or, in the future, autonomous vehicles, then dock or charge their electrical mode of transit, and explore the “Concessions Village” at the station level. Art sourced from regional artists, health and wellness, dining and retail would also be included in the utilitarian structures.

The vehicles, designed in partnership with Safran Cabin, meanwhile, will have four passenger seats and a space for luggage, The Verge reported, describing the vehicles as looking a lot like the company’s advanced helicopters and another Silicon Valley-bred company’s concept for space travel, SpaceX’s Crew Dragon.

Though it bills the option as an “affordable” alternative, Uber estimates the cost of operating the vehicles to be around $700 per flight hour, as Curbed LA reported, so wannabe riders may want to start saving up those Benjamins.

Uber did not respond to a request for comment or additional details as of publication.