The Stonewall Inn Beyond the Riots 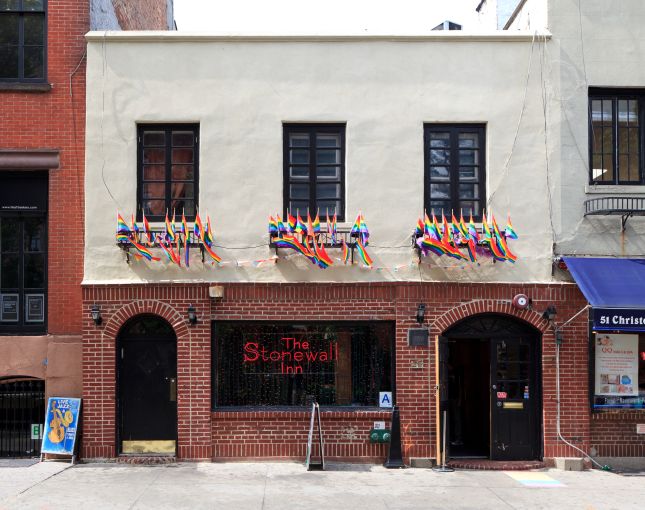 The Stonewall Uprising, or Stonewall Riots, were a pivotal moment in the LGBTQ Civil Rights movement, according to David Carter, historian and author of Stonewall: The Riots that Sparked the Gay Revolution. In the backdrop of the riots that catapulted the LGBTQ Rights movement forward was a shanty bar with a long history.

The Stonewall Inn, at 51-53 Christopher Street in Greenwich Village, previously housed the Jefferson Livery Stables (home to a horse and buggy operation that eventually became obsolete) and a French bakery that burned down in 1964, according to Carter. Two years later, it was rebuilt as an unsuccessful “straight” bar, PBS reported.

At that point, mafioso Tony Lauria, or “Fat Tony,” bought the Stonewall, renovated it and reopening it as a gay bar in 1967. Because of decades of homosexuality being criminalized in New York, gay bars were an underground business that the mafia controlled.

At the time of the riots, the Stonewall Inn was not a highly regarded establishment. The building did not have running water and drinks were served in dirty cups. An outbreak of hepatitis within the gay community in 1969 was even said to have started at Stonewall, Martin Duberman stated in an interview he conducted with Chuck Shaheen, who was present at the Stonewall Riots, on November 20, 1991. (Which was published in Duberman’s book, Stonewall: The Definitive Story of the LGBT Rights Uprising that Changed America.)

“While homosexual men were provided with a place to socialize, the downside could be considerable, for the mafia had little or no concern for their clientele’s welfare,” Carter stated in his book. “Since clubs were closed down so often by the police, gay people were desperate for places to meet and usually had to settle for dirty and dangerous environments.”

Stonewall, like many gay establishments, was frequently raided in the 1960s because of its homosexual patrons, according to Shaheen. It was a raid in the early morning of June 28, 1969 that triggered the six-day series of riots that became known as the Stonewall Uprising, Carter wrote in his book.

The queer community gained national recognition after the riots and the gay rights movement began to take off, according to NYC Pride, a non-profit that organizes LGBTQIA+ Pride events in the city every June. The following year, the community hit the streets of New York City for the first annual Pride March, which commemorated the anniversary of the riots.

Stonewall was a place where poor or effeminate gay men, who were rejected by other gay nexuses, gathered. In addition to having diverse patrons (a diversity enforced at the door, according to Shaheen), the bar was known as a place where people could dance, but – like any respectable New York City establishment – one that was not too touristy.

Prior to the Stonewall raid, two other gay bars had shut down in Greenwich Village. It was the fear of losing Stonewall as a community center that triggered such a strong reaction to the raids, Carter recorded in An Analytical Collation of Accounts and Documents Recorded in the Year 1969 Concerning the Stonewall Riots. (Carter declined to comment to CO.)

The bar closed down after the uprising and for the next two decades was leased to a variety of different businesses, according to the Stonewall50Consortium.

The current owner of the bar, Kurt Kelly, bought Stonewall in 2006, according to the Consortium. Kelly did not responded to inquiries from the CO.

In 2016, President Barack Obama designated a national monument in Christopher Park to commemorate the riots.

Today, Stonewall is at the center of World Pride, which is hosted in New York City and spans throughout the month of June.

On a recent visit, the bar was packed with people from Vancouver to Taiwan who had traveled to see the bar for this occasion. Flags representing different sexual preferences and gender orientations hung over the bar where the iconic “Stonewall Inn” sign used to be. Pictures from the days following the riots and the first pride parade decorate the walls.

While half of the space has been converted into a gift shop, the bar still pulses with dance music, a reminder of what made the bar attractive in the 1960s.