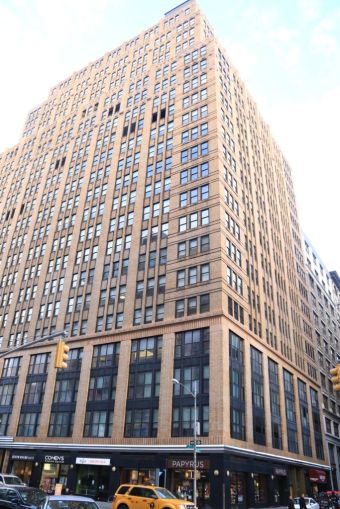 Signpost, a company that develops automated marketing software, will move its headquarters a block away to 275 Seventh Avenue, Commercial Observer has learned.

The software company signed a five-year sublease with MaxPoint Interactive for its 12,000-square-foot office on the 17th floor of the 27-story building between West 25th and West 26th Streets, a source with knowledge of the deal said. Asking rent was $55 per square foot.

Signpost—which also has offices in Austin, Tex., and Denver, Colo.—plans to move its headquarters from 127 West 26th Street to its new digs in August, the source said.

Kirill Azovtsev and Michael Pallas of JLL represented Signpost in the deal while JLL’s Justin Haber handled it for MaxPoint. The brokers declined to comment on the deal.

MaxPoint, a digital advertising company, moved into 275 Seventh Avenue, which is owned by labor union AFL-CIO and affiliate UNITE HERE, in 2015, as CO previously reported. The company was acquired by Valassis in a deal valued at about $95 million in 2017, the Triangle Business Journal reported.