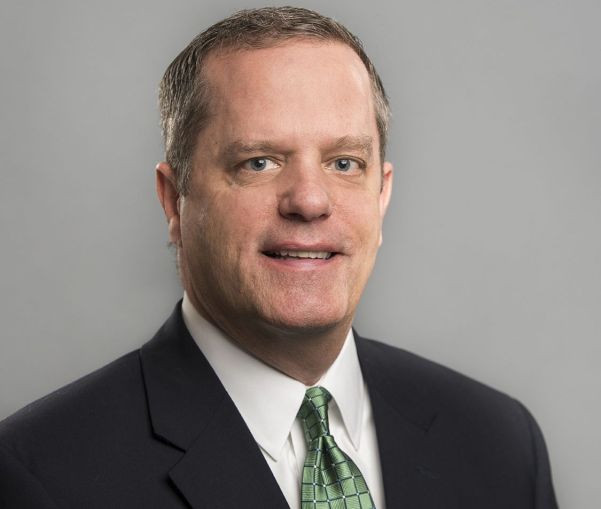 It’s impossible to discuss online retail and not mention Amazon, which, despite having to close its struggling four-year-old U.S. restaurant delivery service amid fierce competition, recently surpassed Apple and Google for the first time to become the world’s most valuable corporate brand, according to a new ranking of global enterprises.

Benjamin Conwell, 57, a senior managing director and the practice leader for Cushman & Wakefield’s eCommerce Advisory Group, knows the Amazon effect firsthand. Before joining C&W four years ago, he was the director of North America Logistics Real Estate for Amazon Fulfillment Services, the company’s logistics and operations subsidiary. While at Amazon he doubled the size of the company’s logistics footprint, managing a fulfillment network of 90 facilities comprising 60 million square feet. He also led the delivery of almost 30 million square feet of high-tech build-to-suit projects and repositioned more than five million square feet of repositioned existing buildings. Prior to Amazon, Conwell honed his leadership skills at organizations including Quadrant Homes and Weyerhaeuser Realty Investors.

Conwell is based in Seattle, where he and his wife of 33 years raised his son and daughter. Commercial Observer caught up with Conwell at ICSC RECon last month to get the lowdown on what’s next for e-commerce and the red-hot industrial real estate sector.

Commercial Observer: There’s a huge demand for industrial product in urban infill areas because of the need for last mile distribution centers, but there’s less and less of it to go around. Given that, where is the next growth area?

Ben Conwell: First let’s talk a little bit more about urban infill. It is one of those key disrupters going forward. If we went back four or five years ago, if a retailer or logistics company needed to be close to their customers they had very few choices. There was the old logistics space which was not very functional, but happened to be in a great location. It happened to be 50-year-old warehouse space that used to be on the periphery of the area.

Fast forward four or five years and many of those assets are now deep into developed areas. I used to tell clients that locating their supply chain assets was a story of tradeoffs, where you were in a great location with maybe not optimal facilities or you were further out where you might have a new, more utilitarian or useful facility that was compromised by where it is.

But [now] we’re seeing more and more development, redeveloping older buildings that tend to be in tremendous locations.

What are some examples of that?

We talk a lot about clear height. Thirty years ago a building that was maybe 18-feet high was considered state of the art. Now, out in the Inland Empire or as close as Chino, you see 40-feet and taller buildings.

If a client wants to be able to do same day delivery or four-hour delivery, they may need to either settle for an 18-feet tall building to be in that location or they may wait two or three more years, work with a developer to build exactly what they want in that location. Multistory is a related big deal in industrial.

That’s a recent development, correct? Isn’t that what Amazon has started to do?

That’s a different kind of multistory and there’s a lot of great media coverage about what Amazon does with their key buildings. What I’m referring to right now are smaller buildings that are on a small urban site, but built at maybe two or three stories with trucks that can drive up to another level.

The best example of that is in South Seattle, the project is called [Prologis] Georgetown Crossing and it is in leasing now. It’s a great example of what folks in Asia and Europe are doing and they are well ahead of us.

Are there other areas nationally that are the next prime markets for industrial real estate?

I work with clients more and more about secondary markets because retail as a distribution network is strong in New York/New Jersey, [but] that doesn’t do a lot of good for a whole lot of markets down the Eastern seaboard so we now see this national movement toward secondary markets.

Which secondary markets are being targeted for industrial development?

We have seen so many retailers go to these major markets and establish cornerstones for their distribution network based on the two-day ground delivery proposition.

All of us shop online and, for years, we were ok with two-day delivery, right? Now everything is about same day [or] next day. So now many of those same retailers are coming back and developing smaller facilities in markets so that they can do next-day delivery in more markets.

Markets like Nashville, markets like Jacksonville, Florida, are seeing active growth and not just from the Amazons of the world, but from major online retailers. It’s not just the big players anymore; it’s small- to medium-size retailers who are recognizing the importance of controlling some of their ground distribution. That’s whether it’s an online retailer or a physical retailer.

Is there any concern from those clients about ramping up when we may be on the cusp of a recession, which would have a major impact on consumer spending?

It’s a timely question. With our clients, we work extensively on economic projections. The punchline is that, yes, we know there will be [a] recession, we know that the growth of online has been consistently in the mid-teens now for seven, eight, nine years even as it’s grown to almost $600 billion a year. That growth and the adoption are so powerful. We’re of the opinion that, to the extent that there is a slowdown economically, we won’t see it as much in the online space. There’s so much engagement.

Lastly as it relates to vacancies in industrial, it’s so historically tight, in all those major markets where vacancy is in the low single digits.  Even if you were to bump up a couple of points, it’s still infinitesimal in terms of the vacancy risk.

What’s on the horizon? What’s next?

At some point, just building to scale by itself is not going to be satisfactory to investors. They’re going to have to see some profit, which is hard to do in the online space because it’s expensive, it’s capital intensive. Some people are good at it, some people are not.

A mid-term trend would be more emphasis on actually making a little bit of money on every order rather than just buying your loyalty and my loyalty.

We’ve kind of moved on from the free pass from Wall Street, [where they] just want you to grow.

In the effort to always get closer to the customer, we will continue to see significant growth in buy online, pick up in store. Nationally, it is growing. For retailers, it’s a smash. You’re paying for Target’s last mile delivery. You’re doing it yourself. [That’s] the most expensive part of that delivery for a company.