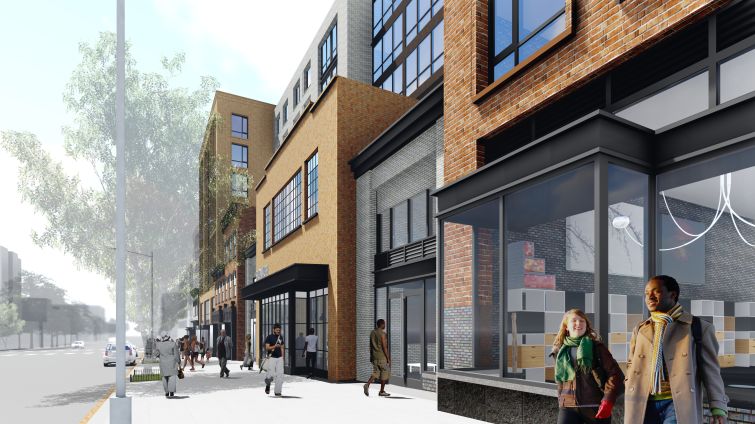 The firms will begin constructing a mixed-use development dubbed Collection 14 that will include 2102-2124 14 Street NW and 1400 W Street NW, according to the release. Madison Investments CEO Barry Madani told CO that the purchase totaled approximately $40 million, “which included a number of adjoining properties and air rights over the Provision 14 building [at 2100 14th Street NW].”

One of D.C.’s “largest landmark redevelopment projects in the last decade,” according to the release, Collection 14 will include 233 apartment units, 25,000 square-feet of retail space, 5,300 square-feet of office space and 4,000 square-feet of event space “that will also be a platform for promoting the arts along with an expansive lobby.”

Collection 14’s design will feature “an urban intimate scale pleasing to pedestrians with a vibrant retail experience, while introducing dynamic new construction” centered around a historic brick garage, according to the release.

“Our team has spent considerable time developing a plan that gives a nod to the past, retaining three important historical elements to provide the inviting streetscape we wish to retain, while embracing the future, as we continue to bring positive change to the neighborhood,” Madani said in a prepared statement.

Madison plans to host pop-ups featuring local artists, Madani noted. “We find it’s important to invest in the society in which we build to create a stronger community.” The project is slated for completion in 2021.