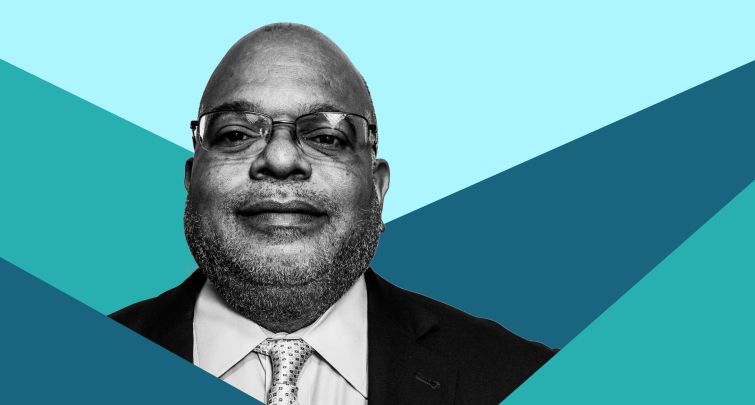 John Banks, the president of the Real Estate Board of New York, is stepping down next month to spend more time with his family. Photo: Commercial Observer

John Banks, the president of the Real Estate Board of New York, is stepping down next month, the powerful lobbying organization announced today.

After four years of shepherding the city’s most influential real estate trade group, he will be replaced by the board’s executive vice president, Jim Whelan, beginning July 1. He is leaving to be a stay-at-home dad, according to Politico New York, which broke the news just before REBNY’s announcement. He will stay on as a paid consultant to the board through next March.

Some real estate watchers think the move indicates that REBNY’s power is fading after the state legislature passed a slate of rent reforms designed to strengthen tenant protections and severely limit the revenue landlords will be able to collect from rent-stabilized buildings. The change also comes as many politicians swear off campaign contributions from developers and the real estate lobby, in an effort to distance themselves from an industry that many feel represents New York’s less progressive political past.

Sources familiar with Banks’ decision claim this was not the case, although shifting political tides may have played a contributing role. In an interview with Commercial Observer, Banks said he told REBNY Chair William Rudin that he wanted to leave in April, giving REBNY time to find his replacement. The organization’s board of governors didn’t officially vote on his replacement until today.

“I decided I didn’t want to keep going in this capacity because it’s a very demanding and consuming role and I haven’t been present in my kids’ lives the way I wanted to be,” Banks explained. He added that the sea change in Albany had nothing to do with his decision.

“I’ve been doing this 33 years, and I’ve lived through several different climate shifts [in politics]. And people who’ve known me a long time know I’m focused on what was best for myself and my family. And I’ve never been afraid to make decisions and changes outside of those considerations.”

When asked what his next move would be, Banks cracked, “If the Knicks want me to play point guard I’ll consider that, but I really want to focus on my family. Actually I won’t consider the Knicks, it’s the Celtics.”

Rudin said in a statement that Banks had “led the Real Estate Board with a steady and expert hand and the organization and our industry is better for his leadership.”

And despite Albany’s recent body blow to the real estate industry, Banks has scored a number of major victories for REBNY over the years, including the revival of the 421-a tax break for development in the spring of 2017. He also helped the construction industry secure changes it wanted to a City Council bill that requires construction workers to complete at least 40 hours of safety training. Over the past few months, he successfully prevented the state legislature from passing a prevailing wage mandate for publicly funded projects and a tax on pied-a-terres in New York City.

In addition, the real estate board has pushed through rezonings of Midtown East and the Garment District during Banks’ tenure.

Banks came to REBNY from Con Edison, where he was the vice president of government relations for 13 years. He took over the presidency from Steven Spinola, who started during the Koch administration held the job for 29 years.

“I think everybody is sad to see John go,” said Robert Knakal, a chairman of investment sales at JLL and a longtime REBNY member. “He’s done great work on behalf of the industry, on behalf of REBNY, and we’ll all miss him. We’re very excited for Jim and look forward to his continued leadership.”

Whelan, who will take over for Banks next week, has been an executive vice president at REBNY for nine years. He played pivotal roles in pushing for the rezonings of Downtown Brooklyn and Hudson Yards before becoming the chief of staff to then-Deputy Mayor Dan Doctoroff under Mayor Michael Bloomberg, and then he went on to work for Muss Development.

“Jim has been playing a very critical role in the organization for all the years John has been there,” said Frank Marino, the CEO of Marino PR and a member of the REBNY Board of Governors. “His selection makes tremendous sense for continuity. One of Jim’s strengths has been building coalition and consensus. He’s also an effective advocate, whether it’s been for Downtown Brooklyn or for Dan Doctoroff. He has a task in front of him to remind people about REBNY and what the industry really means for the city, in terms of vitality and tax revenue.”

And what should Whelan do to help REBNY stay relevant?

“What they should do is continue what we have been doing, which is to use analysis and empirical information to dramatize to lawmakers what the impact of their changes will be on the real estate industry,” said Banks. “We need to engage our membership to be more active politically in a more grassroots fashion. So we can get people to understand that it’s not just some monolithic entity that only exists in Manhattan. We have 17,000 members that live in every neighborhood.”