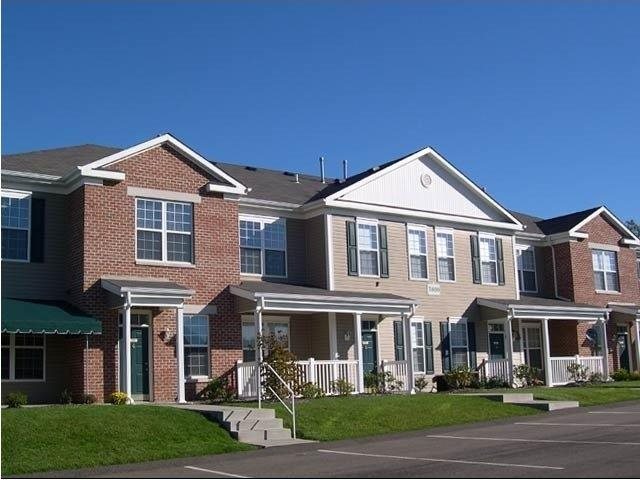 A landlord who owns a portfolio of four multifamily properties in Pennsylvania and Kentucky has landed a $163.5 million recapitalization package built around $125.2 million in debt from Greystone, the lender announced yesterday.

The Fannie Mae loan knocks out a prior mortgage on the portfolio, which had been controlled for about a decade by North Street Properties, a Chicago-based firm. The new deal also brings on an equity partner, Nick Kozul of Bayshore Properties, who took a 50 percent ownership stake in the four assets that values them at a combined $163.5 million.

The debt carries a 12-year term, with no principal payments due until year seven. The deal also includes a preferred equity component, although Greystone did not disclose the terms.

Two of the properties lie in the suburbs of Pittsburgh: the 470-unit Ventana Hills Apartments, in Coraopolis, Pa.—about ten miles northwest of Steel City—and the 252-unit Berkeley Manor Apartments in Cranberry Township, Pa.—about 20 miles north of the metropolis. The other two are at opposite ends of a 60-mile stretch of Interstate 75 in Kentucky: WoodSpring Apartments, in Florence, Ky. (near Cincinnati), and Colts Run Apartments in Lexington, Ky. That pair has 409 and 252 apartments, respectively, for a portfolio-wide total of nearly 1,400 units.

The buildings are North Street’s only four holdings. The company had been run by developer Ivan Djurin, but he died in 2016, according to cemetery records, and the company passed to his wife, Angie Djurin. Although she did a fine job of managing the property, her relative lack of experience made it a good idea to bring on a sophisticated equity partner in advance of the refinancing, according to Dan Sacks and Eric Rosenstock, the Greystone originators who worked on the deal.

“Eric was the first [at Greystone] to establish contact with Angie…and we looked at the operational performance,” Sacks said. “We noticed that the assets’ quality and apparent condition were competitive, but we saw in the data that we needed to assess and diagnose [below]-market performance. We were able to do that, and then to discuss what was best for Angie to do about it.”

The solution was to bring on Kozul, another Chicago-based multifamily landlord, as a 50-percent partner. Greystone had worked with Kozul before, including last year, when it provided a $77 million Fannie Mae refinancing on a 1,300-unit multifamily complex Kozul owns in Indiana.

“[Kozul], who took over as the new general partner, had a strong background and history with Fannie Mae, which allowed Fannie Mae to confidently quote the transaction, with an understanding of Kozul’s track record,” Sacks said. “His history of strong performance turning properties around” helped ensure Fannie Mae would want to back the refinancing, which was due this spring, Sacks explained.