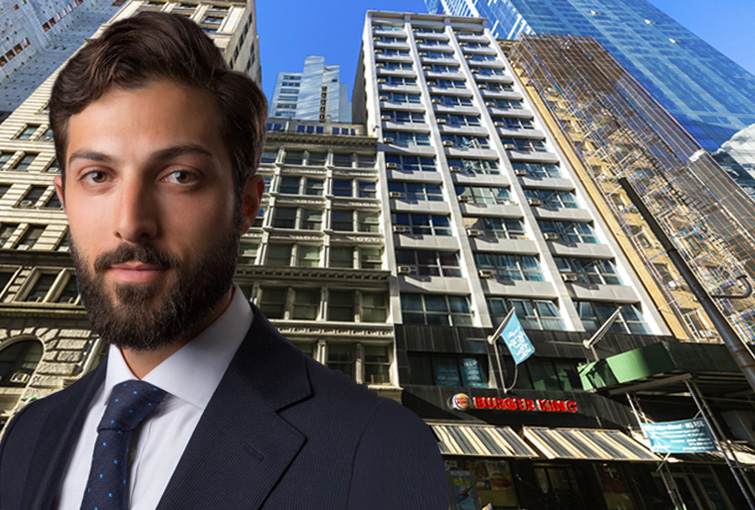 Greenwich Street in Tribeca. Second Avenue in the East Village. Prince Street in SoHo. These are some of the prominent streets in the neighborhoods that make New York “the city that never sleeps.” Fulton Street in the Financial District? Less so, at least for now. But the scene is in the midst of a change and has been for a while, says Rich Velotta, a managing director at Meridian Investment Sales.

“Fulton Street used to be a ghost town after 6:30 p.m.,” he notes. “Today, it’s attracting full-time residents along with retail and night life that caters to those residents, and has become a 24/7 neighborhood.”

Rich should know. He and his colleague Abie Kassin recently closed the $78 million sale of 106 Fulton Street, a mixed-use property for DSA Property Group. The deal’s conclusion stemmed partially from the team’s collaboration with Meridian’s capital markets platform, which secured $42.9 million in financing for the buyer. The other decisive factor was the growing appeal of the neighborhood beyond the business community.

It’s hard for investors not to be interested in the neighborhood. From the post Hurricane Sandy reconstruction of the South Street Seaport to Pier A and Stone Street, there’s some serious action in FiDi.

“ESPN is there now and Pier 17 regularly hosts great concerts,” says Rich. At the other end of Fulton Street, you have the World Trade Center and the Oculus, both of which attract more than 2.9 million visitors annually. The two ends border a brand new epicenter of downtown retail and apartment buildings that are catering to a growing, affluent population.

Previously, the area’s residential properties served those who wanted to live close to their workplace but would move out of the neighborhood within a few years. Now, transient occupants are giving way to longer-term residents who appreciate the convenience of the new transportation hubs at the World Trade Center and Fulton Street, and the emergence of higher-end retail and restaurants.

Major retail that is a far cry from delis, cafés, newsstands and shoe repair shops has followed the residents. Examples include the 60th story Manhatta restaurant on nearby Liberty Street, several high-end gyms including an Equinox on Wall Street, Tiffany & Co., Tumi, Gristedes, Thomas Pink, Temple Court and Augustine at the Beekman Hotel, and Blue Ribbon Federal Grill.

“All of these great tenants are popping up, and there’s still a lot of runway,” says Rich.

“We’re seeing drastic change on Fulton Street as it continues to evolve. Old dive bars are disappearing and new spots like The Ainsworth at 121 Fulton Street are taking their place. The Fulton Street hub offers great new diverse options. We’re representing a prime corner at 52 Fulton Street, currently a McDonalds, and are only receiving offers from healthy QSR and vegan concepts. We’re also representing 118 Fulton Street, also known as 19 Dutch, a prime retail space at the base of a 63-story tower with 483 luxury apartments that are inundated with activity,” he says.

The neighborhood transformation is particularly notable for Rich, who lived in the area on Fulton and Nassau Streets for nearly five years.

“It was so sleepy when I lived there in the early part of this decade,” he recalls. Since leaving, he’s kept close tabs on local trends. “My curiosity stems from three different perspectives: as a former resident, as a sales broker, and, admittedly, as a bit of a nerd.”

Rich isn’t the only one paying attention to the neighborhood. Residents, tenants, retailers, brokers and developers are also becoming more aware of its offerings. And recent statistics indicate that its popularity will continue to rise. Consider this:

“We’re getting a lot of inquiries about opportunities in FiDi—way more than we used to,” says Rich. “Real estate firms want to enter the market now before they are priced out.”

“This isn’t your father’s Fulton Street,” he continues. “It’s a thriving neighborhood with only room to grow. Might be time for me to move back.”

Richard Velotta, managing director at Meridian Investment Sales, can be reached at (212) 468-5924 or richardv@meridiancapital.com.