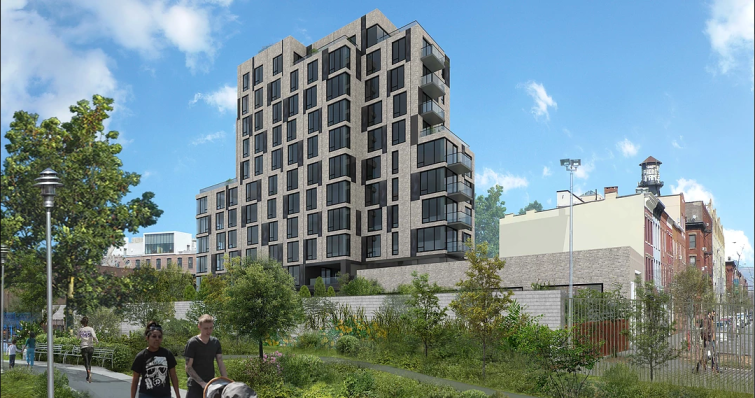 A pair of joint-venture partners planning a new rental building in Brooklyn have secured $38 million of construction financing from M&T Bank, Commercial Observer can exclusively report.

The developers, Bradford Barr and Mark Brookes of BNS Real Estate, and Eric Brody and Joseph Klaynberg of Wonder Works Construction, will apply the proceeds towards their planned residential tower at 30 Kent Street in Greenpoint. The 11-story rental building will rise on a plot of land that Barr and Brookes have owned for more than two decades, which had been home to a low-rise industrial building whose demolition will make way for the new multifamily asset.

Jonathan Aghravi and Charles Han, debt advisors at JBA Equities, arranged the construction financing on behalf of BNS and Wonder Works. Aghravi said that the sponsors’ long-term ownership of the underlying land allowed them to price out the financing attractively enough that M&T offered a more flexible structure than other lenders were willing to provide.

“I think in general, sponsors lean towards non-bank lenders for construction loans in this environment,” Aghravi said. “In this situation, [M&T] was able to get comfortable with the asset and with the sponsor.”

BNS and Wonder Works are planning for a two-year construction phase set to wrap up in mid-2021. When complete, the building will include 80 apartments as well as a gym, a laundry room, a private garden and a rooftop deck. Three thousand square feet of ground-floor retail space will be complemented by a 1,500-square-foot portion of sidewalk set aside for commercial use, an arrangement that Aghravi said is geared towards a high-end restaurant with outdoor seating.

The developers are designating 24 of the apartments at below-market-rate rents, a provision that has earned them a 25-year tax abatement under New York State’s 421-a affordable-housing program for new multifamily buildings.

The site is adjacent to WNYC Transmitter Park, a seven-acre enclave that used to house a public radio station’s broadcast antennas. The parcel became a public park in 2012, a status that Aghravi said will ensure 30 Kent Street residents unobstructed Manhattan views in perpetuity.

Correction: A previous version of this story incorrectly described the loan as having a non-recourse structure.