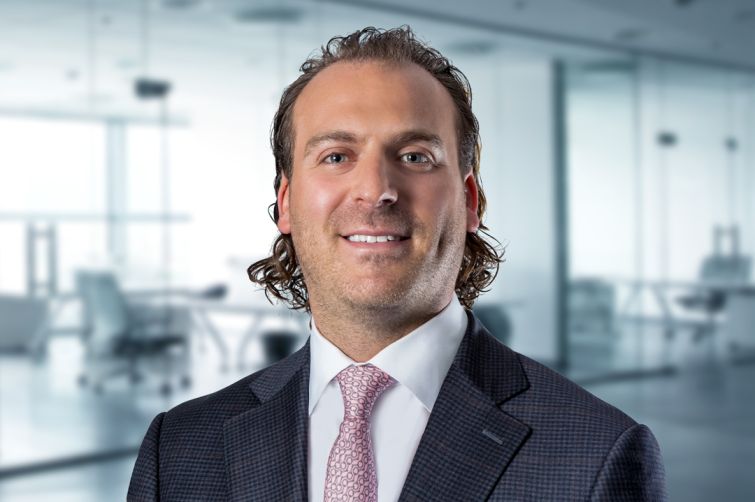 Jason M. Gold, a Director at Ariel Property Advisors, one of New York City’s leading investment real estate service and advisory companies, has nearly a decade of experience selling properties in The Bronx. In this article he shares valuable insight about the borough and sheds light on what may lie ahead. Data was compiled by Dusan Racic, an analyst in the company’s Investment Research Division.

It’s well-documented that The Bronx has been one of the hottest commercial real estate markets in New York City, with its relative affordability and upside potential among the many factors luring investors to the borough. As a throng of high-profile institutional investors continue to scoop up assets in the sub-market, The Bronx has finally shed its reputation as an up-and-coming market and come into its own.

We believe The Bronx’s popularity will continue for the foreseeable future, driven by the following four factors:

The federal government’s “Economic Opportunity Zone” program has poured fuel on The Bronx’s already fiery development market, with a remarkable 75 such zones situated in the borough. In order to spur economic growth and development, the program offers substantial tax benefits such as the deferment of capital gains taxes in exchange for significant investment in the zones.

In the coming years, the allure of opportunity zones will continue to bolster The Bronx’s development market, which fared well in the first four months of 2019. Transaction volume rose 12 percent on an annual basis to 28 sales. A remarkable 61 percent of these sales occurred in areas that are opportunity zones, such as the Mott Haven section in the South Bronx. Lightstone Group and Domain Companies, both institutional investors, recently purchased development sites in an opportunity zone. Brookfield Asset Management just announced plans to raise $1 billion for an opportunity zone fund that will focus on residential developments in The Bronx and Brooklyn.

As a result of rising demand, the cost of land has become more expensive in The Bronx. The price per buildable square foot for development sites in The Bronx averaged $102 from January through April, up 42 percent from the fourth quarter of 2018. Nevertheless, that is far below Manhattan’s $579, Northern Manhattan’s $223, Brooklyn’s $268, and Queens’ $192 per buildable square foot.

Development sites in The Bronx also offer less volatility. For example, the borough was the only sub-market that showed development site transaction volume rise every year from 2015 through 2018.

The meteoric rise of e-commerce has paved the way for a strong uptick in demand for warehouse and industrial properties throughout the city. With its copious supply, perhaps no other region in NYC fits the bill for this space more than The Bronx.

Sales of these assets fared extremely well in the first four months of 2019, with transaction volume rising 50 percent year-over-year. Pricing for industrial properties in the Bronx averaged $237 per square foot during this time span, a 7 percent increase compared to the end of 2018.

Industrial and warehouse properties have been lucrative for investors as there is high demand for e-commerce tenants in The Bronx. MRP Realty and AEW Capital Management are a prime example as they are currently in contract to sell 1300 Viele Avenue and 1301 Ryawa Avenue for $70 million, a significant uptick from the $25.6 million they bought it for in 2017. The 120,000-square-foot warehouse is currently leased out to Amazon, with eight years remaining on their lease.

Himmel & Meringoff Properties and Square Mile Capital Management have joined the trend of institutional investors flocking to the Bronx. The duo acquired a mixed-use industrial site located at 1601 Bronxdale Avenue: a two-story 305,000-square-foot property situated on a 7.5-acre lot for $89 million.

The Bronx’s relative affordability has prompted a bevy of high-profile institutional players, including some Manhattan-centric developers, to scoop up properties in the sub-market. In 2018, Brookfield Properties acquired a 1.4-million-buildable-square-foot site on the waterfront in Mott Haven. In 2019, Lightstone entered a long-term ground lease and acquisition totaling roughly 2 million buildable square feet in the South Bronx. In addition, Domain Companies bought a 430,000-buildable-square-foot site in Mott Haven earlier this year.

Other prime examples include MHP and Banyan Capital, who are in contract to purchase the Post Office at 588 Grand Concourse, and CGS Developer, currently developing a 237-unit 26-story tower located at 198 East 135th Street in the South Bronx. Within the next three to five years, over 3,500 new construction rental units will be coming to market in the South Bronx, which will undoubtedly change The Bronx’s skyline.

Uncertainty surrounding the June 15 expiration of New York City’s rent regulation laws kept many multifamily property investors sidelined this year. However, for the assets that sold from January through April, The Bronx was a favored destination, with 23 multifamily transactions—nearly one-third of the city’s transaction volume. While year-over-year sales activity declined 39 percent in The Bronx, it was in line with NYC’s overall slide.

Demand for multifamily buildings in The Bronx will assuredly pick up in the second half of 2019 when investors fully digest the potential economic effects of the new rent regulation laws and adjust their business plans accordingly. As investors become more comfortable with the new rent regulation laws, we expect multifamily investors to alter their business plan to incorporate longer-term investment strategies instead of the typical three- to five-year hold periods.

Multifamily assets in The Bronx are among the city’s most affordable, with many offering one of the most coveted features for an investor: higher returns. Cap rates in the borough averaged around 5 percent in 2018, the highest of any sub-market. In Manhattan, Northern Manhattan, Brooklyn and Queens cap rates averaged 3.72 percent, 4.06 percent, 4.65 percent, and 4.31 percent, respectively.

Pricing is by far one of the biggest drivers of demand in The Bronx. In the first four months of 2019, multifamily property prices averaged $206 per square foot. That is substantially below Brooklyn, Northern Manhattan and Queens, where the price per square foot averaged $476, $337 and $362, respectively. Manhattan was the priciest market, commanding an average of $996 per square foot.

From 2015 through 2018, the asset class saw the strongest appreciation in NYC, rising 33 percent to an average of $213 per square foot.

Due to the aforementioned factors, the outlook for The Bronx’s investment sales market is decisively bullish. While changes to New York’s rent regulation laws are a potential headwind for certain multifamily assets, attractive pricing and enticing yields should keep overall activity strong. Once overlooked, The Bronx is now at the forefront of investors’ attention, which should all but guarantee property appreciation in the years ahead.