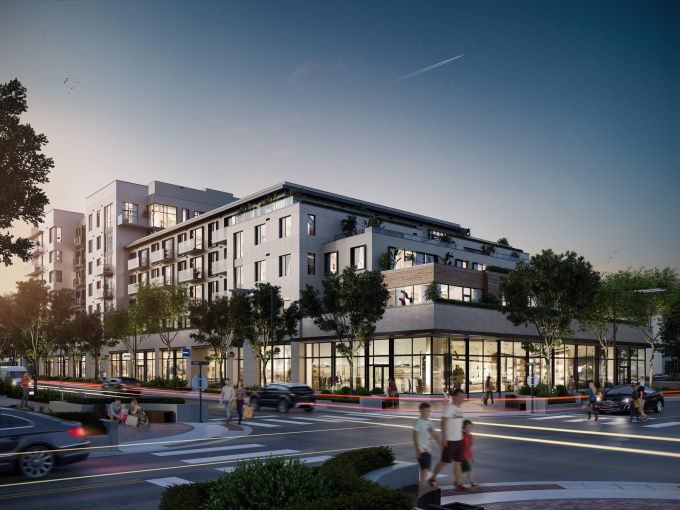 The 10-year, interest-only loan carries a fixed-rate of just over 3.9 percent and was used to take out previous construction financing on 255 St. Paul Street in Denver’s Cherry Creek neighborhood, according to sources with knowledge of the deal. The $63 million construction debt was provided by First Bank, they said.

A Newmark Knight Frank team led by Dustin Stolly and Jordan Roeschlaub, the vice chairmen and co-heads of the firm’s debt and structured finance division, along with Nick Scribani and Chris Kramer, arranged the financing on behalf of BMC. The brokers declined to comment on the deal.

The luxury property—designed by 4240 Architecture—debuted in December 2018 and took about a year and a half to build, BMC CEO Matt Joblon told CO. It includes 84 units and just over 41,000 square feet of net rentable retail space, according to sources with knowledge of the property. Trendy fitness brand SoulCycle occupies a portion of the retail space; Chase bank has an outpost at the property as does salad chain Sweetgreen and New York-based French bistro Le Bilboquet.

There’s about 8,000 square feet of retail space left to lease at the property, Joblon said. The building has 220 parking spots, 100 of which are dedicated to serving customers of its retail portion, while the others service the building’s residents.

BMC has been involved in some of Denver’s most high-profile developments, including 255 St. Paul Street and another luxury tower across the street at 210 St. Paul Street. The two properties have a combined 165 residences, ranging from 900 to 3,000 square feet, according to the properties’ websites. Monthly rents range from around $3,500 for one-bedrooms to upwards of $14,500 for three-bedroom units.

“Cherry Creek is the Beverly Hills of Denver, not to make it sound pretentious,” Joblon said. “The demographics are staggering, with massive barriers to entry. What’s interesting was the most expensive units [at 255 St. Paul] rented the fastest. There’s a lot of quiet, humble wealth in Denver, and there’s been a demand to move to the urban core. We’re moving toward an experiential economy and renting an apartment gives you the flexibility to go out and enjoy those experiences.”

In still dominating that area of the city, a submarket where BMC is headquartered, its holdings also include luxury rental Steele Creek, the Moxy Denver Cherry Creek hotel and the Halcyon Hotel Cherry Creek.

Athene could not immediately be reached.