A Deer in the Spotlight: Life Science Finds a Home on Park Avenue South

The $530 million deal made Aby Rosen an investor in a life science fund. 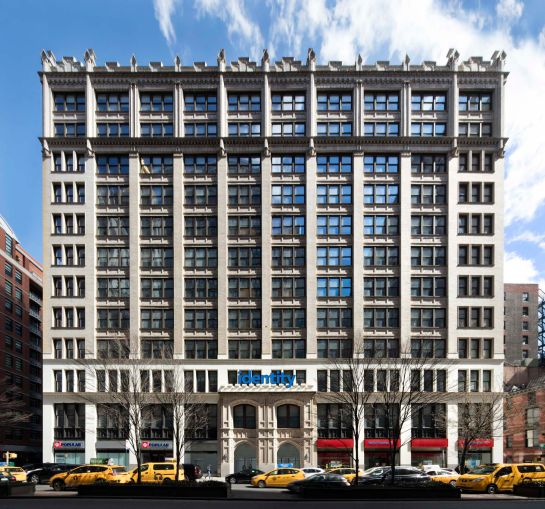 One thing that Aby Rosen is really good at is launching a surprise.

We’re not talking about Rosen’s $151 million purchase of the Chrysler Building in March (although, yes, we were caught off-guard by RFR Holding principal’s move there); rather, we mean the unexpected sale of one of RFR’s prized assets, 345 Park Avenue South, to life science-focused investment firm Deerfield Management.

The former office property will soon be a life science innovation center focused on advancing medicine and health care services. But, what few people know is that—in addition to a healthy cash component—the deal also made Rosen an investor in a life science fund.

It was previously reported that the acquisition price was $345 million, but sources familiar with the deal told CO that the cash component is actually closer to $385 million, and only one part of the much-buzzed-about deal. Rosen also received interest—valued at around $150 million—in one of Deerfield’s life science innovation funds, bringing the true sale price to around $530 million.

“Aby is a very smart businessman,” one source said. “He’s got his fingers in many pies.”

A project cost-benefit analysis filed with the city’s Industrial Development Agency last month shows that Deerfield is seeking $97.3 million in tax benefits for the $570 million project, but also estimates a $162.3 million benefit to the city as well as the creation of 974 full-time jobs within three years of the project’s completion in late 2020. (The $525 million debt financing for the property’s acquisition and conversion, CO has learned, is currently being arranged by Tom Traynor and James Millon of CBRE Capital Markets. Officials at CBRE declined to comment on the transaction).

The sale of the 12-story, 320,000-square-foot office property, which had been shepherded along by CBRE’s Darcy Stacom and William Shanahan, seemingly came out of left field. (“The sale was very much under the radar screen, nobody found out about it until after the closing, which is kind of a miracle in New York real estate,” one source said.) But that was largely because RFR’s plan—outwardly, at least—had been to reimagine the property.

In February, Rosen announced a sweeping redevelopment of the asset—which sits between 25th and 26th Streets, just steps away from Madison Square Park—after its previous anchor tenant, advertising agency Digitas, terminated its lease for 250,000 square feet early. “Digitas said they wanted to relocate and buy their way out of their lease, so Aby let them,” one source familiar with the exit said.

As such, RFR was seeking a single tenant to replace Digitas and occupy the entire building at the time.

Further uptown, Deerfield Management leases space on the 37th floor of 780 Third Avenue and had been searching for a property to acquire as its headquarters as well as a life science innovation center. The investment firm—which has been operating in New York City for more than 25 years—runs a series of funds focused on medical partnerships and advancing health care through investment, research and philanthropy.

In March, it announced a partnership with Harvard University, investing $100 million into promising drug research, the Boston Globe reported. While in April, it joined forces with the University of Illinois at Chicago to establish West Loop Innovations, providing up to $65 million in research funding. The company will work to accelerate the commercialization of therapeutics developed at UIC.

Deerfield needed a large property that was compatible and ripe for conversion to lab space where research and development could be conducted, and one that also had capacity for a public event auditorium and seminars and office space.

The timing was seemingly perfect. Deerfield needed a headquarters-worthy asset in which it could create a system and foster research and 345 Park Avenue South was vacant. That’s not to say that Rosen was quick to sell, sources said, although he was open to it at the right price.

The East side of Manhattan had been a prime target for Deerfield because of its proximity to medical complexes, from New York-Presbyterian Hospital and Weill Cornell Medical Center at East 75th Street down to Beth Israel at Union Square.

And yet, a life science development in Midtown South, smack in the middle of the urban jungle that is Manhattan, is perhaps a counterintuitive idea. The typical life science clusters are found in Greater Boston, San Francisco, New York City, Seattle, San Diego, Maryland and the Research Triangle Park, N.C.

Life Science development isn’t prominent in New York (yet), with Alexandria Real Estate Equities being the first to put a real stake in the ground via its Alexandria Center for Life Science campus at 450 East 29th Street (between First Avenue and Franklin D. Roosevelt Drive), east of 345 Park Avenue South. The REIT also upped its New York City presence last year, buying Pfizer’s Manhattan headquarters for $360 million in July and paying $75 million for The Bindery Building at 30-02 48th Avenue in Long Island City in October.

Yet, New York City has far more medical campuses and universities than most cities, and—as such—“millions of dollars of grants” are available for life science research, one source explained, adding “there’s plenty more of this type of investment and redevelopment to come. Watch this space.”