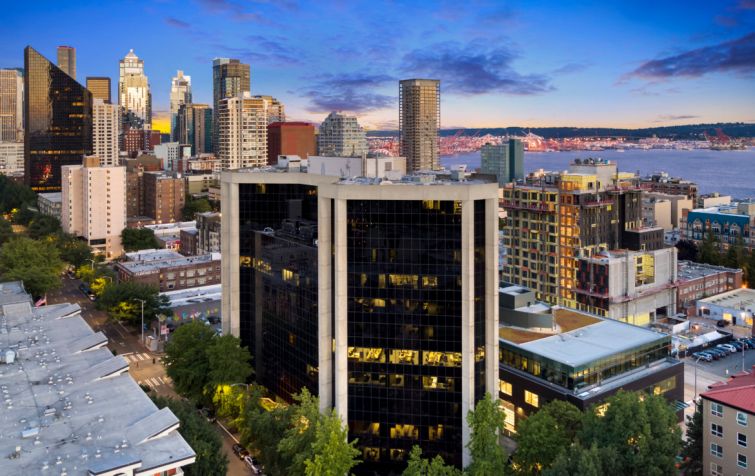 The 10-year, fixed-rate first mortgage refreshed previous debt on the three offices located in Seattle. This financing marks the largest loan originated by the REIT to date, since its founding in April 2018; the company provided nearly $800 million in debt in its truncated first year in the market.

Martin Selig Real Estate plans to use the funds to “advance development initiatives” at the buildings to meet demand in the area, according to information from 3650 REIT.

The portfolio is made up of three prime office assets. One stands five-stories, and comprises 137,000 square feet at 333 Elliott Avenue West, just northwest of Seattle’s Downtown, on the banks of Elliott Bay. The other two properties, called Fourth and Battery and Third and Battery, are 203,000- and 68,000-square-foot offices at 2401 4th Avenue and 2400 3rd Avenue, respectively; they’re located within Seattle’s most densely populated neighborhood, Belltown, which borders Pike Place Market and Downtown.

The origination was delivered by a 3650 REIT team led by managing partner and head of fixed-rate lending, Ken Dickey, a 26-year real estate finance veteran who’s had stints at The Bank of New York Mellon and Deutsche Bank, where he worked with 3650 REIT co-founders Cobb and Justin Kennedy.

Cobb told CO that it took a bit of time for borrowers to buy into his firm’s strategy of originating, servicing and asset managing long- and short-term fixed-rate loans through maturity—hence the meaning of the company’s name: To be involved in all 3,650 days, through a 10-year maturation schedule.

“It took a little while for the market to accept our thesis,” Cobb said. “Although we’ve been lenders for many years, now being in a new spot and being together, gaining the confidence of the borrower community took a while, but then our momentum picked up. We’re executing on a business plan that’s unique; we hold significant portions of the loans on our books, not a small sliver at the bottom of the stack.”

“[3650 REIT] recognized the quality of the assets and the ongoing growth in the Seattle office market, and worked efficiently to provide a first-class financing product within our designated time frame,” Martin Selig Real Estate COO Pete Parker said in a prepared statement.

Cobb launched 3650 REIT in April 2018, with partners Jonathan Roth—a former president of Canyon Partners Real Estate—and Kennedy, who worked alongside Cobb as executives at Deutsche Bank and also together at LNR Property before it was acquired by Starwood Property Trust in 2013. Kennedy and Cobb also founded development company Grass River Property, a Miami-based affiliate of 3650 REIT, that same year.

Driven by continued tech tenant growth, the Puget Sound office market again exhibited strong fundamentals in the first quarter, as office vacancy fell a tick to just over 9 percent, according to a first quarter report from CBRE. According to The Seattle Times, the city currently leads the nation in cranes gracing the skyline, at 59—it has held that title now for three years.

There was a whopping 4 million square feet of office space under construction in Downtown Seattle and just over 2 million in the works in the city’s central business district at the end of the first quarter, according to CBRE’s report. At the same time, asking rents on Class A office product moved up to $41.01 per square foot, a 45 cent climb from the fourth quarter.