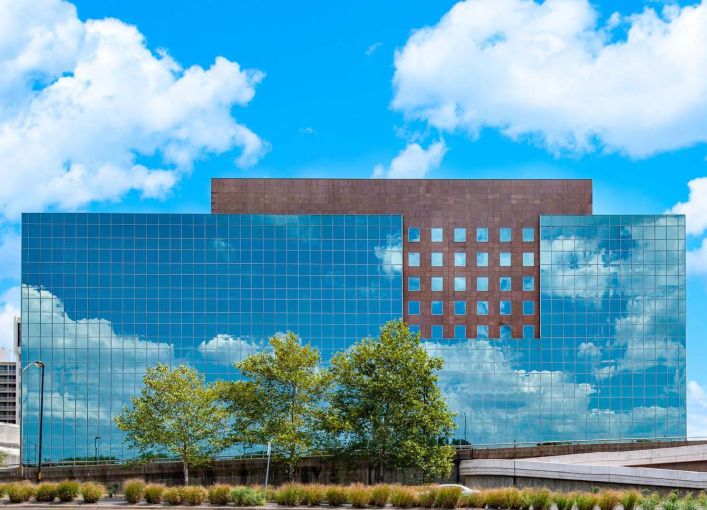 Boston-based Beacon Capital Partners sold the asset in a transaction facilitated by James Cassidy, the co-head of Newmark Knight Frank’s D.C. investment sales business. The acquisition price couldn’t immediately be ascertained, but sources familiar with the transaction said it was around $100 million.

Starwood sealed the deal with a $98.5 million acquisition loan. Société Générale provided the senior debt and MetLife the mezzanine piece.

The 349,303-square-foot, 12-story property is located at 2511 Jefferson Davis Highway in the Crystal City submarket of Arlington, Va. The tower is a mere stone’s throw away from Amazon’s HQ2 campus, which is set to bring over 4 million square feet of development and $2.5 billion of investment to the area over the next 10 years.

“Given its proximity to Amazon’s HQ2, Presidential Tower is in an unprecedented position to benefit from the future growth and new development within the new National Landing submarket,” Stolly said.

The property is 93 percent leased to a roster of tenants that includes the federal government, technology companies and defense contractors, many of which have expanded their space in the building. The previous sponsor made a $30 million investment in the asset in 2013, undertaking a significant renovation which included modern tenant build-outs as well as a full rebuilding of common corridors and elevator lobbies.

“The property’s new, high-quality build-out, location, and accessibility has already drawn a diverse, long-term credit tenant base which adds significant value to the asset,” Roeschlaub said.

The acquisition closed just as Amazon submitted plans for its first new buildings at the HQ2 site. As reported by the Washington Business Journal today, the e-commerce giant is planning a pair of 22-story buildings comprising 2.1 million square feet.

Officials at Starwood declined to comment, as did MetLife representatives. Officials at Société Générale couldn’t be reached.