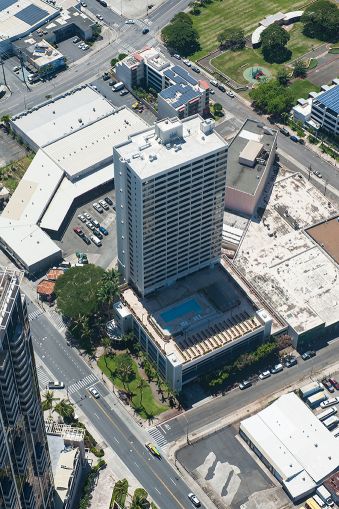 Standard Communities has entered into a $223.9 million public-private deal with the Hawaiian state government to take over six affordable housing properties across three Hawaiian islands, the Los Angeles-based firm announced this week.

The deal, structured as a ground lease, transfers control of the properties to Standard Communities and its joint-venture partner, Stanford Carr Development, for 75 years. The front-loaded lease, which will preserve a total of 1,221 affordable apartments, begins with a $130 million transfer from Standard and Stanford Carr to the Hawaii Housing Finance and Development Corporation, which will allow that agency to pay down tax-exempt public debt and capitalize other affordable-housing projects it’s at work on in the state. Standard and Stanford Carr, which are based in Hawaii, will additionally embark on an $85 million renovation of the six assets, Standard said.

So far, the transaction documents for five of the six properties have been signed, with the sixth expected to close soon. To fund lease obligations related to the first five, Standard has picked up a $128.9 million Fannie Mae-backed loan from Citigroup, the borrower said. When the sixth deal is finalized, the loan balance from Citigroup will grow by $35.9 million to $164.8 million overall.

Jeff Jaeger, one of Standard’s co-founders, spelled out the rationale for the deal.

“There are two goals we’re trying to hit,” Jaeger said. “The first is to preserve all of the existing residents at the property, providing them with an ability to remain at the properties with maximum rent increases of no more than 2 percent over the first two years no more than 5 percent thereafter. And the second goal was to make sure these properties over the long term serve the [needs of residents who earn] 80 percent to 100 percent of area median income within the state of Hawaii.”

The seniors-focused housing asset is at 626 Coral Street in Honolulu, on the island of Oahu. The 26-story tower, known as Pohulani Elderly, has 263 units split among studios and one-bedroom apartments and is reserved for elderly people whose income is less than 80 percent of the area median. Subsidized rent is between $575 and $650 per month, according to an undated flier on the HHFDC’s website.

The portfolio, the rest of which is not reserved for the elderly, also consists of two other Honolulu high-rises, Kamakee Vista and Kauhale Kakaako, plus one garden-style apartment community each on the islands of Oahu, Hawaii and Maui.

Together, the buildings represent HHFDC’s entire portfolio of public-housing properties.

A pressing need for affordable housing in America’s most remote state ensured the deal’s economics would be positive for all the transaction’s stakeholders, according to Steven Kahn, an executive at the company.

“We saw this as an opportunity to partner with Hawaii housing to serve a resident base and a community that’s desperately in need for long term affordable housing,” Kahn said. “[We also wanted to] make sure that all of these residents have the ability to stay in their homes for the long term.”

A spokesman for Citigroup did not immediately respond to an inquiry, nor did a representative for Stanford Carr.