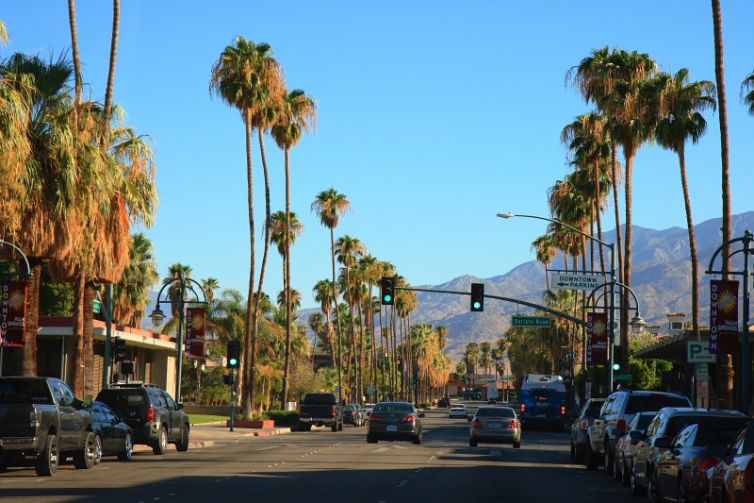 Charles Company, a Los Angeles development firm run by the Gabay family, has nabbed a $214.8 million CMBS loan to refinance a portfolio of 14 Southern California retail assets, according to rating agency documents.

The debt, from Argentic Real Estate Finance, will be used to pay off existing loans on the properties and to cash out about $15.2 million in equity, as per Fitch Ratings, which analyzed the upcoming CMBS conduit in which the loan will be included. The 10-year mortgage comes with a 4.06 percent fixed interest rate, and no principal payments are due until maturity. Argentic appraised the portfolio at $413.3 million, giving the deal a 52 percent loan-to-value ratio.

Included in the portfolio are retail assets that span the Los Angeles Basin from Palm Springs in the east all the way to Camarillo, a town about 50 miles northwest of downtown L.A. The Palm Springs property, a 398,000-square-foot shopping center known as The Springs and anchored by a Home Depot store, is the largest single asset in the deal, trailed by Summerwood, a 179,000-square-foot property in Lakewood, Calif. Third largest is Food 4 Less–Target Center, a Target-anchored mall in Long Beach.

Occupancy is strong across the board: Nine of the locations have a full tenant roster and overall the buildings are 98 percent leased. What’s more, nearly half of the overall tenancy consists of retail renters that Fitch considers especially creditworthy, a designation it applies, for instance, to Target and Home Depot.

Elsewhere, the Charles Company owns more than one hundred commercial assets that total more than 4 million square feet in California and Nevada. But the company ran into trouble last year when one of the family members who co-founded the real estate firm, Arman Gabay, was charged by federal prosecutors with bribing a Los Angeles County official with hundreds of thousands of dollars to try to secure a government lease at a Charles Company property. Gabay has pleaded not guilty in the case, which does not involve the properties in the new Argentic loan. Arman Gabay’s brother, Mark Gabay, is the guarantor for the new debt.

Despite a tough climate for retail, Los Angeles has seen a healthy share of shopping mall loans represented among the area’s CMBS deals in recent years. Since the financial crisis, there have been 250 retail-backed CMBS loans in the Los Angeles area, the most of any property type, according to Trepp data.