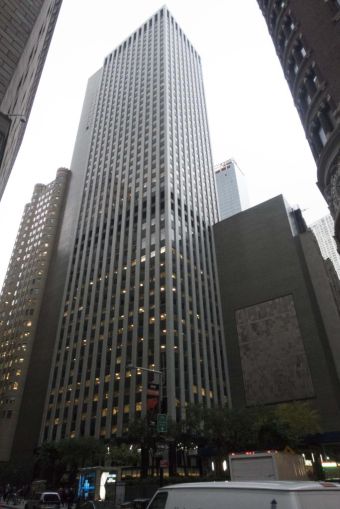 Property owners George Karfunkel and Leah Karfunkel have picked up a $200 million CMBS refinancing on a building they own in the Financial District, according to rating-agency documents.

The mortgage, from Citigroup, refinances the capital structure for 59 Maiden Lane, a 44-story asset that spans much of the block between Maiden Lane, William Street, John Street and Nassau Street, just east of the World Trade Center. According to Fitch Ratings, which analyzed the transaction, the ten-year loan on the million-square-foot asset comes at a 3.99 percent fixed interest rate, and no principal payments will be due until maturity in May 2029.

The city’s leases expire in two years. But the significant investments that New York City has made into its tenant space, and the landlords’ conservatively funded reserve account, ameliorate Fitch analysts’ concerns about the renewal process, their report said.

Meanwhile, the New York State Comptroller’s Office leases an additional 85,000 square feet in the building. London Fischer, a law firm with a wide-ranging corporate practice, is the third-biggest tenant, with 60,000 square feet leased.

The Karfunkels are brother- and sister-in-law and part of a Hungarian family that founded two major firms—a stock transfer company and a giant insurance company—and also invested heavily in New York City real estate. In 2015, they appeared at No. 83 on Forbes‘ list of the richest families in America, with a net worth of $3.2 billion. But they dropped off the list in 2016, the year that Leah’s husband, Michael Karfunkel, died.

The new CMBS deal will allow the Karfunkels to refinance $120 million in outstanding debt on the Maiden Lane building—lent by Sovereign Bank in 2011—and to cash out $86.9 million in equity, according to Fitch. Their income from the building last year was $50.8 million against expenses of $25.2 million, as per Fitch. They’ve owned the property since 1999, when they bought it from Olympia & York, a Canadian property company, for an undisclosed sum.

A Citigroup executive did not immediately respond to an inquiry. The Karfunkels could not be reached right away.