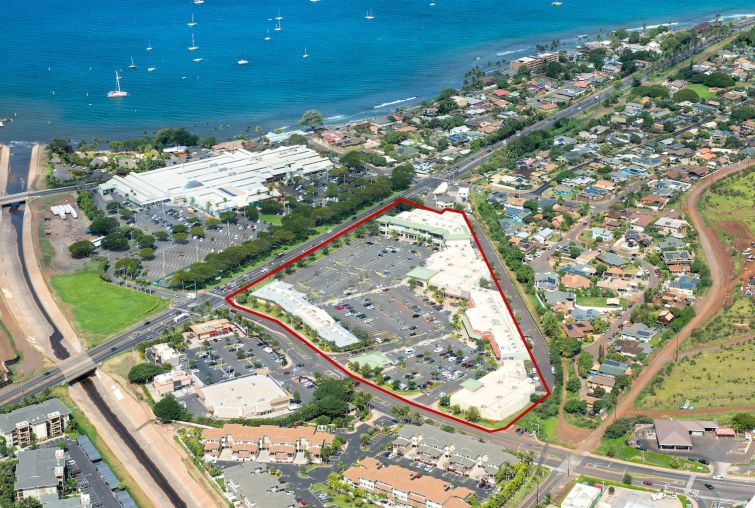 Lahaina Gateway, a mall on the Hawaiian island of Maui, had two glaring strikes against it. Construction wrapped up in 2008, just before the financial crisis hit. And the anchor tenant was a Borders bookstore, a now-defunct company that could serve as the poster child for the retail apocalypse, given how Amazon-led e-commerce banished it to obsolescence.

But thanks to a sure-handed repositioning, the mall has muddled through. This week, Guggenheim Commercial Real Estate Finance provided the property, controlled by a subsidiary of Torchlight Investors, a $27 million leasehold financing as it signs on a new round of tenants.

David Sonnenblick and Patrick Brown of Beverly Hills, Calif.’s Sonnenblick-Eichner Company arranged the debt on the 136,500-square-foot mall, which stands at 305 Keawe Street in Lahaina, a town at Maui’s western extremity near the Ka’anapali and Kapalua resorts.

The locale may be dense with vacationers, but Sonnenblick said that Torchlight is positioning the mall to appeal to nearby residents.

“This is more of a community-type center for the locals,” according to Sonnenblick. Newly signed tenants include an Ace Hardware store, a Ross Dress for Less clothing outpost and a fitness center that’s part of a Hawaiian chain, The Club Maui. Traffic at the center should be bolstered by a new master-planned apartment complex across the street in the final stages of development by Honolulu-based Stanford Carr called Kahoma Village.

That market strength helped Lahaina Gateway snag a fixed-rate loan from an insurance company when one wouldn’t typically have been on offer, Sonnenblick said. A supermarket, a shoe store and a barbershop were already renting space at Lahaina Gateway, but until the latest round of lease signings, cashflow was depressed.

“Typically these loans are done with floating-rate lenders,” which charge higher interest rates, Sonnenblick said. “We were able to identify a lender to provide a fixed rate loan for our borrower that gave money to not just realize equity, but also provide tenant improvement dollars.”

That’s not to say that retail on Hawaii’s third-most-populous island. Two shopping centers in the town of Kihei, southeast of Lahaina, have hit CMBS investors with losses totaling $26 million on their pre-financial-crisis loans, according to data from Trepp. And in the island’s main city of Kahului, the Queen Ka’ahumanu Mall has recorded a nearly $1 million loss.

Representatives for Torchlight and Guggenheim didn’t immediately respond to inquiries.