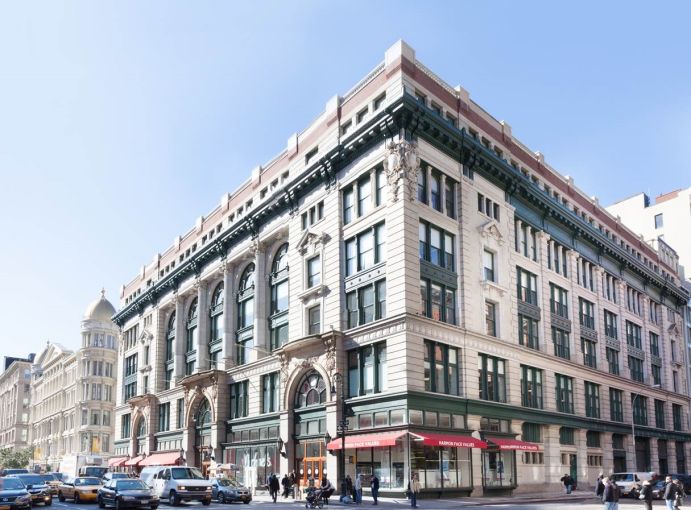 GFP Real Estate has acquired the ground lease for 675 Avenue of the Americas, a large retail-and-office building in Chelsea, for $89 million.

In records filed today with the city’s Department of Finance, Bally Properties, a private real estate company led by Charles Taub and Channa Taub, passed off their leasehold interest in the building to GFP, a New York City-based landlord. Avemer Associates owns the ground lease on the building, which the company first initiated in 1984, property records show.

GFP facilitated the transaction with a $55.2 million mortgage from Signature Bank, the records show. The deal combines $29 million in fresh debt with three outstanding liens worth $26.2 million that were transferred to Signature from Capital One.

The sprawling 311,000-square-foot building, which occupies the full length of the Avenue of the Americas block between West 21st and West 22nd Streets, housed the Adams Dry Goods department store when it was first constructed in 1901. Today, Trader Joe’s and Michael’s Stores share a massive ground-level retail space that was previously home to one of Manhattan’s largest Barnes and Noble outposts. WW International, which operates the Weight Watchers brand of weight-loss programs, has its world headquarters in office space upstairs in the six-story building, where the Gap clothing company and data and research firm Neilsen also rent space.

“675 Avenue of the Americas represents a unique combination of historical significance and modernized features, and hosts an impressive roster of tenants, which aligns itself well with many other assets in our portfolio,” Brian Steinwurtzel, GFP’s co-CEO, said in a statement. “We are extremely excited about this new acquisition and look forward to welcoming tenants such as Weight Watchers, Neilsen and Trader Joe’s into the GFP portfolio.”

Guidepoint, a tech company, signed a deal to lease 50,000 square feet of office space in the building just before the deal closed, GFP announced. The firm is moving into a suite that was recently vacated by toymaker Mattel.

A representative for Signature Bank wasn’t immediately available for a comment.