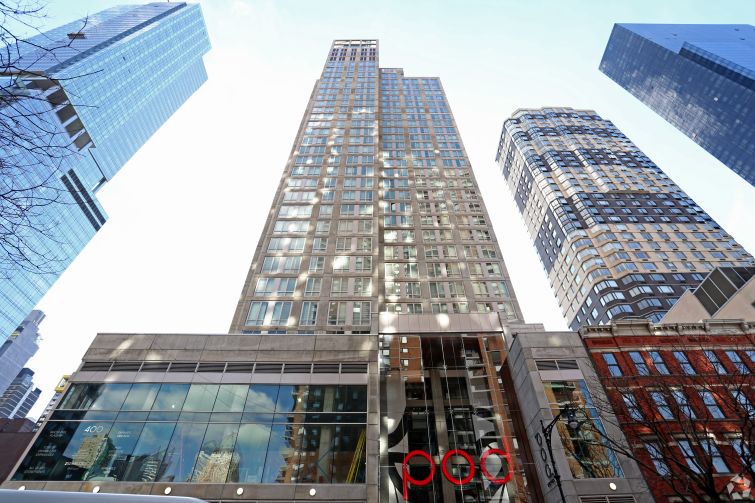 Five years ago, when The Landis Group was looking to develop a pod-style hotel in Times Square under the appropriately named Pod Hotels brand, it went to Wells Fargo for a $120 million financing in order to fund construction at 400 West 42nd Street, at the corner of Ninth Avenue. Late last month, with the hotel now up and running, Wells has significantly upped Landis’ leverage.

In a new deal, the lender came through with a $200 million refinancing, according to documents filed with the New York City Department of Finance this week. The transaction consolidates the prior financings’ split liens—there had been a $79.1 million building loan, and a $40.9 million project loan—and adds $80 million in additional debt.

The 28-story tower—also known as 577 Ninth Avenue and 400 Times Square—includes 527 minimalist hotel units, many less than 150 square feet apiece, and also 45 apartments. The building’s operator, BD Hotels, runs both the hotel and the residential portions, leasing out the apartments as furnished units. SLCE Architects handled the blueprints, which replaced earlier designs by Handel Architects.

In a September 2018 interview, Richard Born, the co-founder of BD Hotels, said of Pod Hotels’ offerings: “There’s no difference with extended stay except our units are smaller, we are much more flexible and most of the extended-stay product out there is fairly plain vanilla. And we think we’re a little cooler.”

For the first weekend in April, the hotel’s website listed a 125-square-foot room with a queen bed for $219 per night. A 115-square foot room with two vertically stacked bunks was on offer for $10 less. By contrast. the furnished apartments—much larger—go for between $590 and $950 per night.

The Friedman Group partnered with Landis to develop the project, but it was unclear whether the company is still a part owner. Neither firm could immediately be reached for comment.