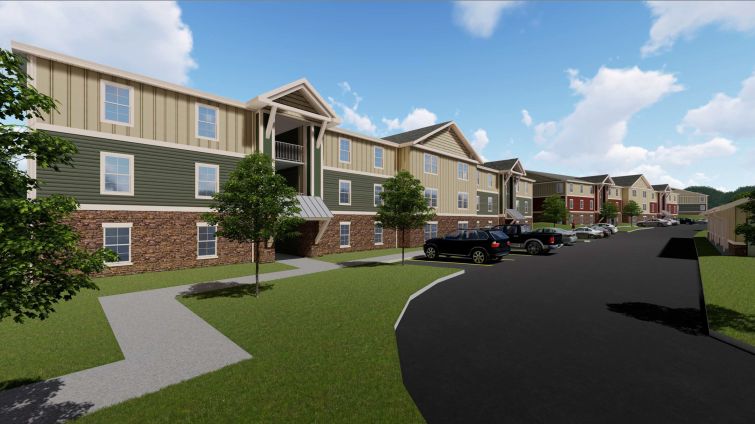 Walker & Dunlop has planted its flag as an opportunity-zone financier, structuring a $21 million debt package on a multifamily development in rural Tennessee, Commercial Observer can first report.

The deal will fund the development of an apartment complex, Kodak Crossing, in Kodak, Tenn., about 15 miles east of Knoxville in Sevier County. The unincorporated town has a population of just under 10,000. But Keith Melton, a Walker & Dunlop executive who worked on the transaction, said that the development will represent an important addition to the area’s stock of workforce housing after a forest fire ravaged the area in 2016.

“There’s always been a deficit of housing, but throwing the fire on top created a real deficit,” Melton said. The new project to be built by Vita Management Group, which will have 192 market-rate apartments split among five three-story buildings, will help ease that shortage, according to Melton.

The deal will be financed under the Department of Housing and Urban Development‘s (HUD) 221(d)(4) program, which gives long-term fixed-rate debt for multifamily development and intensive rehabilitations. Kodak Crossing’s HUD loan locks in a fixed interest rate over the construction period as well as its entire ensuing 40-year term, but Vita will also be able to prepay the loan after just 10 years without penalty. That’s a convenient feature for an opportunity-zone real estate project, because the opportunity-zone program’s tax benefits give the most upside to equity owners who hold their investments for at least a decade.

After the Treasury Department issued its initial list of census tracts that would qualify as opportunity zones a year ago, investors have spent the intervening twelve months raising funds to funnel towards the areas while simultaneously needling regulators for clarity around how precisely how generously the Internal Revenue Service would evaluate the tax benefits. (The Treasury Department released its latest round of updated guidance two weeks ago.) Walker & Dunlop was already at work on the Kodak deal before the program’s details were announced, but the opportunity-zone benefits helped Vita raise the equity necessary to get the project off the ground, Melton said.

“One of the challenges we’re dealing with across the board is higher interest rates than 15 to 18 months ago, and increased construction costs. So a lot of projects are tighter than they were,” the Nashville-based Walker & Dunlop executive noted. “The equity is getting a thinner return than [it would have] 15 to 18 months ago.”

The ability to use the investment to defer capital gains taxes, Melton said, was “definitely helpful” in lining up backers.

Sevier County’s proximity to Great Smoky Mountains National Park and to Dollywood—a theme park partially owned by Dolly Parton that brings in 3 million guests per year—have contributed to a tourism-first economy. But the county’s topography makes it difficult to find good places to build housing, so many workers have historically commuted from surrounding towns and counties. Kodak Crossing, at 168 Bass Pro Drive, will stand adjacent to a Bass Pro Shops location, a big private retailer that sells hunting and fishing gear. The Tennessee Smokies, the Double-A affiliate of the Chicago Cubs, play home games in a stadium across the street.

An executive for Vita did not immediately respond to request for comment.