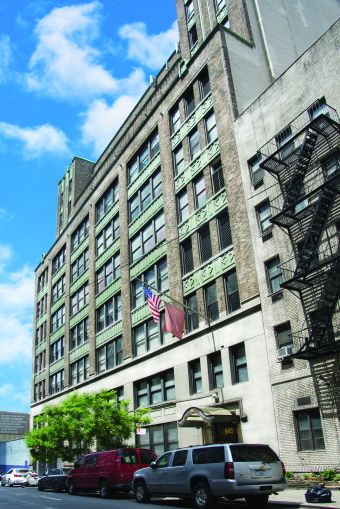 Therapath, a medical services group that provides expert neuropathology services to hospitals and clinicians, has renewed its 13,395-square-foot space on the entire seventh floor at 545 West 45th Street, Lee & Associates NYC said in a press release.

The company, which has been in the building between 10th and 11th Avenues for 10 years, has signed a five-year renewal starting in October. The asking rent was $45 per square foot, per the brokerage. Lee & Associates’ Dennis Someck, Justin Myers and Aidan Velle negotiated the deal for the tenant and the owner, McMahon Group, a medical publishing company. (McMahon Group owns and occupies the eighth floor, and partners of the family business also own seven, nine and 11.)

“This neighborhood has become even more attractive to tenants after the recent opening of Hudson Yards, just a few blocks to the south,” Someck said in prepared remarks. “Companies are continuing to migrate west, whether that’s to Hudson Yards itself or to the general area. This building in particular houses a diverse mix of medical, nonprofit and creative tenants.”