The Plan: 450 Seventh Avenue Gets a Fresh Look 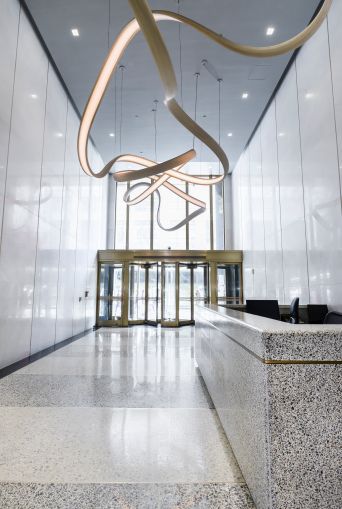 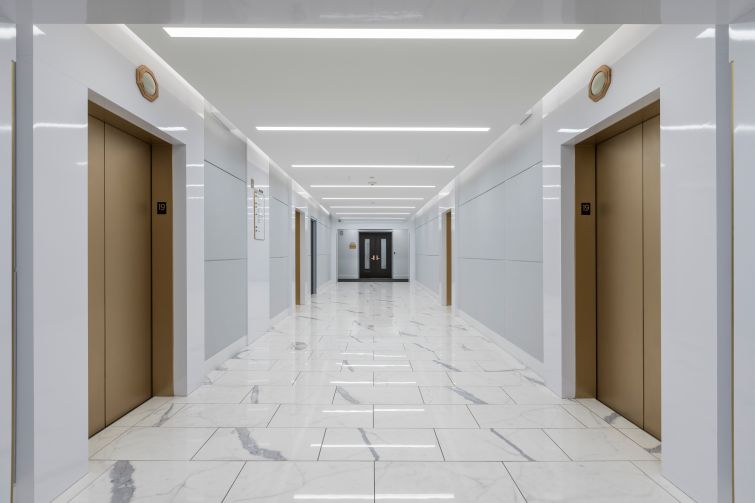 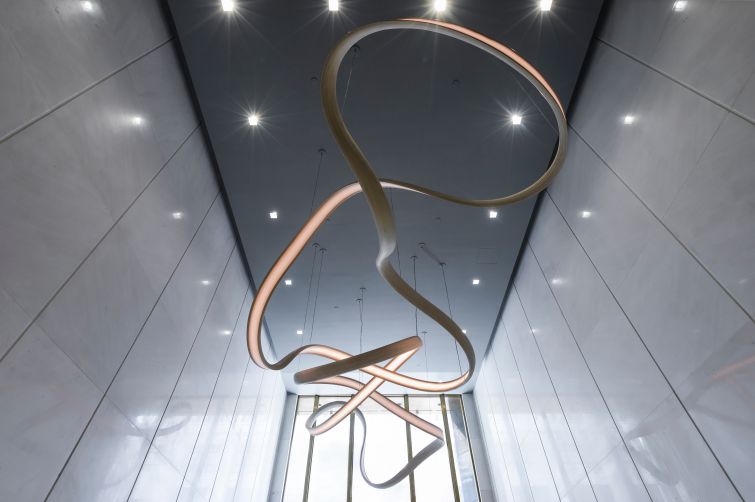 Another look at the new chandelier, which was designed by Design Republic. Photo: Kaufman Organization 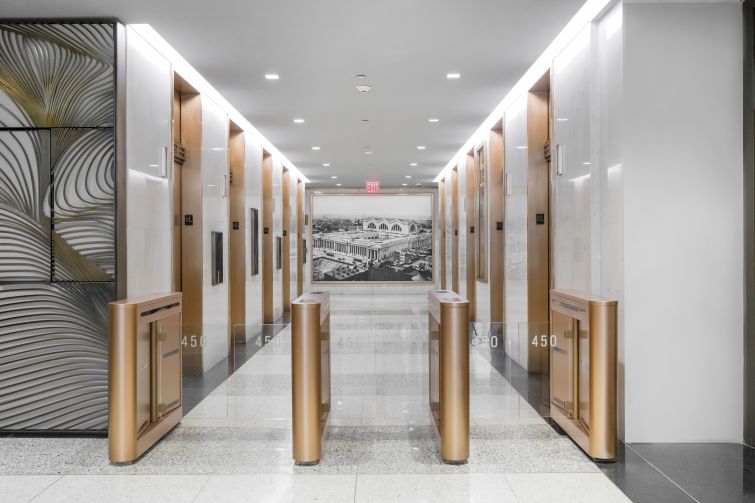 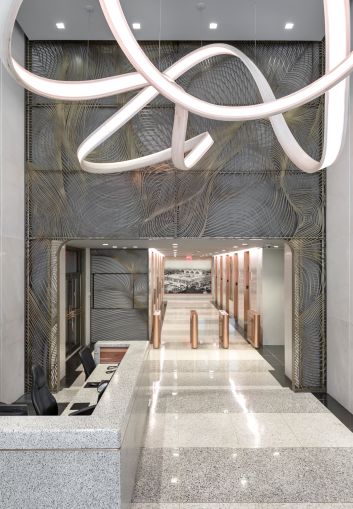 Another look at the new lobby. Photo: Kaufman Organization
Previous Next

When Nelson Tower was constructed in 1931, the 46-story Art Deco office building was the tallest in the Garment District.

These days, the wedding cake-shaped high rise at 450 Seventh Avenue is dwarfed by several nearby towers, including Vornado Realty Trust’s 57-story One Penn Plaza and the slew of new commercial skyscrapers at Hudson Yards and Manhattan West. To compete in an increasingly crowded office market, the building’s landlord, Kaufman Organization, realized it would have to renovate the interiors of the property between West 34th and West 35th Streets.

The building certainly needed it; the last renovation occurred a quarter of a century ago, and many of its corridors “looked like they belonged in an old motel, with dull red carpeting and dim lighting,” Commercial Observer noted two years ago.

“The building is 98 percent full, but we did it for the long-range future of the building,” said Steve Kaufman, president of the Kaufman Organization. “It’s a 90-year-old building and commercial real estate is a very competitive marketplace.” Asking rents at the 520,000-square-foot property next to Pennsylvania Station are in the $60s per square foot.

Now, 450 Seventh Avenue is nearing the end of a $20 million renovation that included updates to interior corridors, elevators and lobby. Shared corridors on the first 29 floors got new white marble tile floors and walls, as well as new bathrooms. (The 30th through 46th floors don’t have shared hallways because they are all occupied by single tenants.) Kaufman also redid the elevator cabs and added brass elevator surrounds on each floor. Architecture firm Nelson designed the new interiors, and JRM Construction oversaw the work.