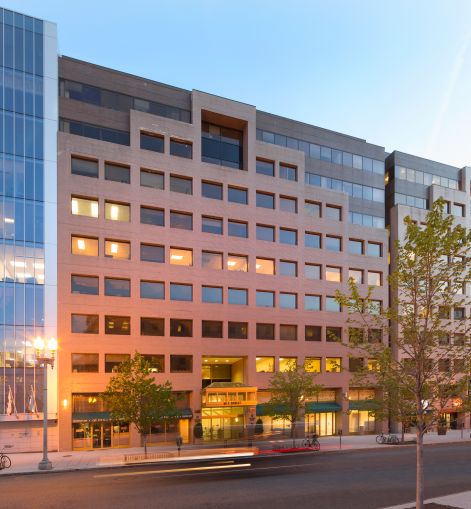 Penzance has acquired Capitol Place III, a 212,780-square-foot office building at 50 F Street NW in Washington D.C.’s Capitol Hill neighborhood, according to a press release from the firm.

The Washington, D.C.-based real estate investment company purchased the building from Unizo Holdings for $85 million, according to the D.C. recorder of deeds. The deal closed on March 26, Cristopher White, a managing director at Penzance, told Commercial Observer.

Located two blocks from the Union Station transit hub, the 12-story property offers views of the Capitol building from its top floors and features a 3,500-square-foot conference facility, a fast-casual deli on the ground floor and 134 underground parking spots, per the release. The building is 67 percent leased to 16 tenants including economic development organization ACDI/VOCA and environmental organization Sierra Club, according to a Penzance spokeswoman.

The purchase of the property aligns with Penzance’s goal of “enhancing and repositioning assets across the metro region to more adequately meet the needs of tenants with better-quality product and new experiences,” White said in a prepared statement. The firm will begin construction on additional “amenities and improvements” in the third quarter of 2019, according to the release.

Nick Pappas of Eastdil Secured brokered the transaction on behalf of Penzance. He could not be reached for comment. It wasn’t immediately clear if Unizo Holdings had a broker in the deal.