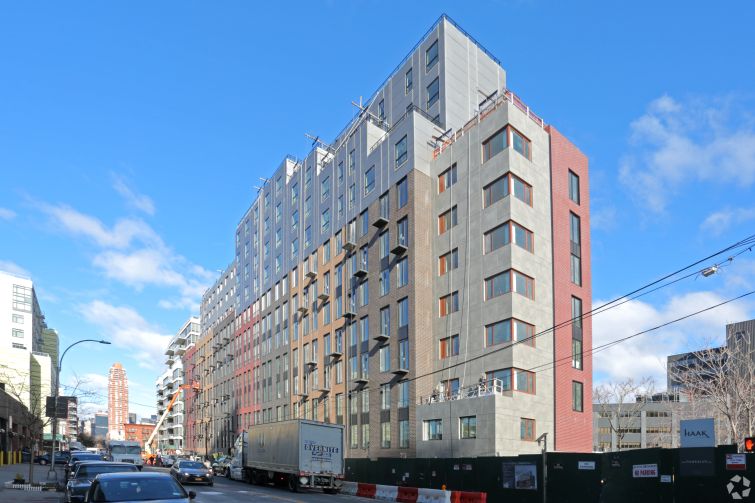 The Criterion Group has significantly upped its leverage on a Long Island City residential project it’s developing with a $79.4 million refinancing, according to city property records.

The loan, from New York Community Bank, boosts Criterion’s debt on the project from the $56 million it raised from the same lender in May 2016, as per documents filed today. The deal, which closed at the end of March, adds a new $23.4 million gap mortgage on the property, at 11-55 49th Avenue, near the intersection of 49th Avenue and Jackson Avenue.

Criterion and its development partner, Maddd Equities, are at work on a building with 194 rental apartments there, on a lot that used to be used for parking. Plans for the 12-story building—long and slender, because it’s backed up against a rail yard—include more than 130,000 square feet of retail space and a small allotment for either retail or indoor recreation space on the ground floor.

Criterion, led by Shibber Khan, bought the site in 2014 for $13 million, property records show. The developer’s activity in Long Island City isn’t limited to residential uses: It also controls a site at 31-08 Northern Boulevard, about a mile northeast, where it filed plans earlier this year to build a nine-floor self-storage business, The Real Deal reported. Khan’s company bought that site for $40 million in 2015, but its plans have been slow to crystalize.

As of February, the most recent month with available data, rents in northwestern Queens were holding steady, nearly unchanged from a year prior. On the other hand, leasing activity fell, down almost 10 percent since February 2018, as per data from the Elliman Report, a survey of residential costs. Studios in the neighborhood saw higher renter interest and prices, while the market for leasing two- and three-bedroom apartments retreated.

New York Community Bank has already had a productive April. Just last week it handed a $100 million financing to Princeton International Properties for that company’s 90 Broad Street office and retail tower in the Financial District.

Representatives for Criterion and New York Community Bank did not immediately respond to inquiries.