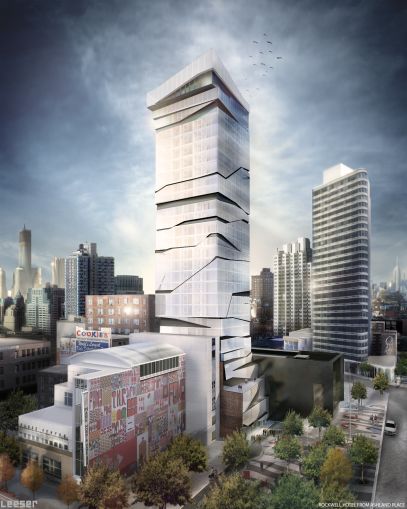 The pair of developers building a new hotel in Brooklyn are turning to foreigners hoping to immigrate to the U.S. for funding.

VOS Hospitality and Second Development Services, the pair of companies behind the planned BKLN Autograph hotel, has engaged George Washington Immigrant Group to find $36 million in EB-5 financing for the project, Commercial Observer can first report.

The deal type refers to a U.S. program that offers immigration visas to foreigners who reach for their wallets to support qualifying business ventures and investments in America. In exchange for investing $1 million in a commercial enterprise that will create at least 10 American jobs, the foreign backer is invited to take up legal residence in the U.S. (In areas designated as high-priority for job creation, the minimum investment is $500,000.)

The hotel, set to rise at 95 Rockwell Place in Downtown Brooklyn, will be housed in a 29-story tower with 201 rooms. Construction is set to begin later this year on the project, which will also include meeting spaces, a restaurant and a fitness center with a rock-climbing wall.

“This project presents a unique opportunity to bring an upscale hotel property in close proximity to New York cultural and entertainment institutions,” Steven Anapoell, a managing partner at George Washington, said in a statement. The EB-5 arranger’s founder, Evan Stoopler, is also at work on the deal.

The neighborhoods of Brooklyn closest to Lower Manhattan have already seen a deluge of lodging development, but the BKLN Autograph will nonetheless “fulfill an unmet need,” James Vosotas, VOS Hospitality’s CEO, said in prepared remarks, which noted the full-service project’s proximity to the Brooklyn Academy of Music and the borough’s arts scene.

Thomas Lesser, an architect who has built giant physics-defying buildings in China, the Middle East and elsewhere in New York City, is drawing up plans for the hotel, and Wilson Associates is responsible for the interior design.

Historically, China, South Korea, Taiwan, India and the United Kingdom have been the biggest sources of EB-5 investment, but rules in China making it more difficult for people to send capital overseas have more recently dampened that country’s role in U.S. real estate investment. Stoopler said that George Washington would be canvassing “worldwide” to raise funds for the Marriott-branded Brooklyn project.