Blackstone Lines Up $1.15B CMBS Refi for Massive Showroom Holdings 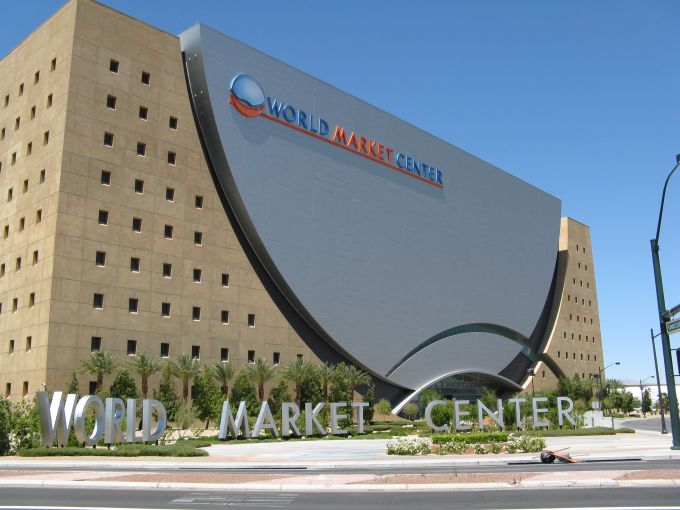 Four big banks have teamed up to give Blackstone a $1.15 billion commercial mortgage-backed securities (CMBS) loan against 16 commercial showrooms it owns, according to rating-agency documents.

Three of the buildings in the new debt deal totaling 4.3 million square feet combine to form most of the World Market Center complex in Las Vegas, a 5-million-square-foot megalith that’s the largest furniture showroom in the world. Built in the mid-2000s, the complex, at 495 Grand Central Parkway, towers over Las Vegas’ Arts District a few miles north of the Strip and hosts a massive annual convention for buyers and sellers.

But even that scale is topped by IMC’s presence in the unlikely city of High Point, N.C., where 13 showroom buildings back the remainder of the Blackstone CMBS portfolio loan. High Point’s history as a furniture-manufacturing center dates to the Reconstruction Era, and since 1909 the city, sandwiched between Greensboro and Winston-Salem, has hosted the High Point Market, the largest wholesale furniture show in the world.

Major furniture companies pay millions in rent to occupy hundreds of thousands of square feet of space in the properties. The biggest tenant, Ashley Furniture, gives IMC $3.5 million per year to reserve 290,000 square feet of floor space. La-Z-Boy, which makes recliners, pays an annual tab of $1.7 million in exchange for 147,000 square feet. Income growth has been strong, with proceeds from the 16 buildings rising to $134.9 million in 2018 from $99.4 million in 2015, a 35 percent increase.

But the High Point properties failed to prove their resilience during the financial crisis. Ten were owned by Vornado Realty Trust, but the company defaulted on its loan in early 2010, and three High Point buildings owned by Showplace Properties met the same fate. They were then acquired by a consortium that comprised the Related Companies, Bain Capital and Oaktree Capital, which jointly founded IMC, the entity that sold to Blackstone two years ago.

A spokeswoman for Blackstone did not immediately respond to an inquiry, nor did representatives for the lenders in the deal.