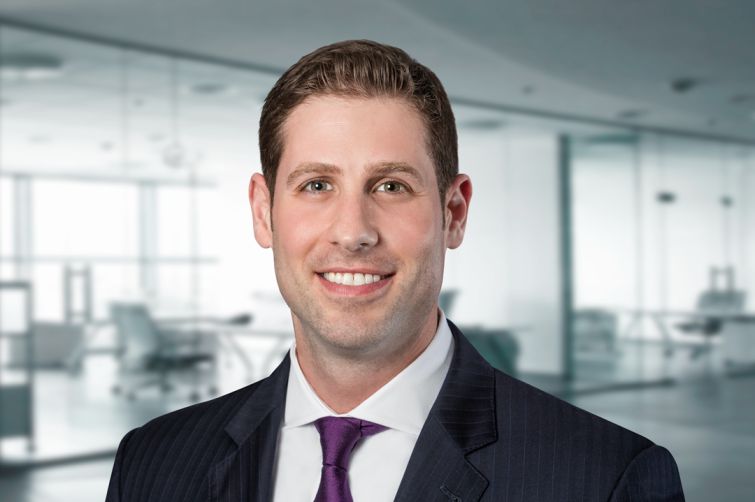 Victor Sozio, Co-Founder and Executive Vice President at Ariel Property Advisors, one of New York City’s leading investment real estate services and advisory companies, shares his insight about pending changes to New York City’s rent regulation laws, the impact on the multifamily property market and his forecast for what lies ahead.

How is the NYC multifamily market reacting to looming changes to rent regulation?

Last year’s Democratic takeover of New York State’s Senate ushered in a more progressive agenda that very quickly found a rallying cry centered around the expiration of the state’s current rent regulation laws on June 15th. Governor Andrew Cuomo is a staunch proponent of rent reform and has made it a central pillar of his 2019 objectives, making it clear during his State of the State speech in January that “enacting aggressive rent-regulation reform” was a high priority.

Unsurprisingly, many investors are in a holding pattern as they await clarity on the pending legislative changes. This uncertainty significantly impacted NYC’s multifamily market in the first quarter, with three volume metrics recording sizable declines. Overall, the City saw $2.0 billion in multifamily sales take place across 75 transactions and 110 buildings. When compared to the fourth quarter of 2018, dollar, transaction and building volume slid 48%, 31%, and 59%, respectively, according to Ariel Property Advisors’ recently released “Multifamily Quarter In Review.” To view, click on: http://arielpa.com/report/report-MFQIR-Q1-2019

Our report also shows that pricing was a mixed bag in the first quarter. Based on a six-month trailing average, the price per square foot decreased in Manhattan and Northern Manhattan, increased in Brooklyn and Queens, and held steady in The Bronx. However, it is a fair statement to make that deals currently on the market are receiving offers at least 5-10% off of pricing seen in 2018.

What are the most controversial proposals?

While many of the proposed rent regulation bills are causing anxiety for property owners, several of them stand out as particularly concerning:

1) Elimination of vacancy decontrol: Legislators have their sights set on repealing the 1997 law that allowed the decontrol of high-rent vacant units upon reaching a certain legal rent threshold (currently set at $2,775).

2) Removal of vacancy rent increases: Officials also want to repeal the typical 20 percent rent bonus that property-owners can tack on to regulated rents when an apartment becomes vacant.

3) Reform of the current preferential rent structure: This bill would make “preferential rent” discounts last for the duration of a tenancy, protecting occupants from getting hit with a sudden surge in rent when they renew their lease.

What are the potential economic effects on multifamily underwriting?

Certain characteristics as well as the location of a multifamily property will dictate the level of its negative impact.

Properties containing a high percentage of “deeply stabilized” units (units leased at less than 50% of market rent) stand to lose the most in perceived value because investors will attribute less value to future upside. They will be forced to focus more on the property’s current yield and ability to be financed.

With an elimination of vacancy decontrol and the vacancy increase, property owners in high-end markets, such as Manhattan and Brooklyn, will face a new reality upon vacancy of a below-market rent stabilized apartment.

Let’s consider a scenario where vacancy decontrol is repealed, a vacancy increase is no longer applicable, but IAIs remain in place: In order to achieve a monthly rent of $4,500 on an apartment vacating with a legal rent of $1,500, that owner will now be required to spend at least $120,000 in Individual Apartment Improvements (IAIs) to increase the legal rents to a level commensurate with market rates. For properties over 35 units, the cost would be $180,000.

In contrast, current guidelines allow for approximately $40,000 in IAIs and another vacancy of that same apartment to be able to achieve the same rents (approximately $60,000 in a building of over 35 units).

A scenario where IAIs are eliminated or altered in a significant way would be particularly concerning as it would strip a major incentive to improve and enhance an aging and deteriorating housing stock.

Properties in workforce housing locations that contain a loss to lease, meaning the difference between market rent to operating rents, of less than 25% are poised to better weather the storm. These properties are less dependent on vacancy decontrol to increase rents to market levels and would not require the same amount of expenditures on apartment renovations. When test-casing different underwriting scenarios based on the new proposals, the properties have shown smaller deviations in projected Internal Rate of Returns (IRRs). That said, with investors demanding more yield and less execution risk in the prime markets throughout the city, a likely result will be the expansion of capitalization rates in the outer boroughs.

A natural presumption to make is that with increased costs and decreased profitability, owners may look to cut corners wherever they can. This may lead to lower-quality building materials and bare-minimum property maintenance.

What is behind the proposals and how should it impact NYC’s housing affordability crisis?

Hypothetically, the proposed legislation will bring to a halt the loss of rent-stabilized apartments throughout the city and prevent displacement. Another intended objective is to dissuade and penalize overly aggressive and dishonest landlords. Some legislation has already progressed with State lawmakers earlier this month approving legislation that makes it easier to prosecute landlords who harass rent-regulated tenants.

The legislation will also further incentivize owners to work within the framework of housing initiatives designed to create and preserve affordable housing. We have already seen an uptick in multifamily owners considering and executing a preservation strategy, which trades 35 or more years of income and rent restrictions for tax benefits through an Article 11 shelter-rent tax agreement, or a 420-C abatement. HPD’s (NYC Housing Preservation & Development) Neighborhood Pillars program, which provides low-interest loans and tax exemptions to nonprofits and mission-driven organizations in exchange for rehabilitating unregulated or rent stabilized housing, is another new initiative that has gained significant momentum.

Without question, there are real issues related to a lack of affordability for wide swaths of the population. In fact, according to a report by CBC published in 2017, 44% of NYC households were identified as “rent burdened,” meaning their rents equated to over 30% of their income. Of those 44%, about half were categorized as “extremely rent burdened,” with rents exceeding 50% of their income. It has been well-researched that the lack of affordable housing and rising costs of living are the main drivers behind the city’s homelessness crisis. Stripping multiple mechanisms for owners to increase rents will help stem the tide of increasing costs of living and help it to keep pace with rising wages.

What do you anticipate will happen in June and afterward?

The last few years have taught me to expect the unexpected! It seems inevitable that significant changes to the current system will occur this year. I am hopeful that rational thought will prevail, and certain incentives designed to improve the quality of the housing stock will remain in place. Once the new guidelines are determined, transaction activity should increase as investors adapt to the new terrain and can at least make reasonable assumptions in their underwriting. Values may decline in some areas as pent-up supply continues to hit the market, but certain product types, such as fully free-market properties, new construction, and affordable housing are all but guaranteed to increase in appeal.