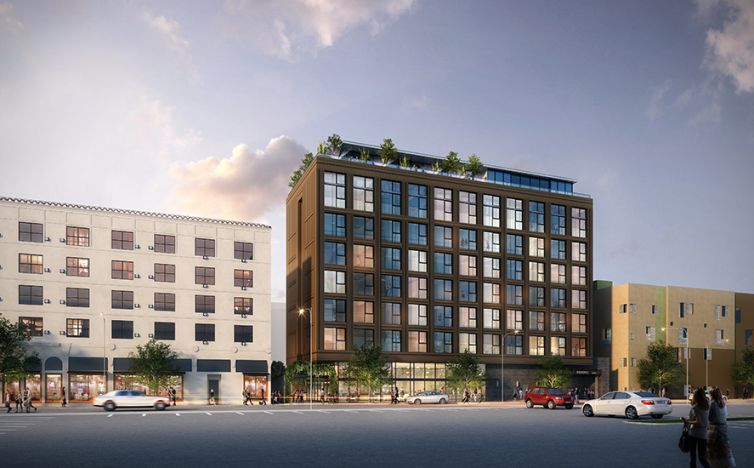 Suffolk Construction Company is the general contractor for the Tommie Hotel in Hollywood. Rendering: Steinberg Hart

Tom Donohue was hired by the Boston-based Suffolk to be president and general manager of the firm’s recently launched L.A. division, taking over for Mark DiNapoli who plans to return to a national leadership role in the company, according to a Suffolk release.

“[Donohue’s] leadership and local relationships will help us strengthen our position in this growing market and position us for long-term success as we continue to revolutionize our industry and transform the construction experience for clients and partners,” John Fish, the chairman and CEO of Suffolk, said in a statement.

Suffolk opened its L.A. office five years ago and has worked on projects including the mixed-use development Sunset La Cienega in West Hollywood, Forest City’s 388-unit residential development next to the Herald Examiner building in Downtown Los Angeles and the Tommie Hotel in Hollywood.

A Southern California native, Donohue graduated from the University of Southern California with a bachelor’s degree in architecture, according to Suffolk. He worked for Turner for more than 23 years where he previously served as a division manager and business development manager.

In 2015, Donohue was promoted to vice president and general manager of Turner’s Southern California special projects division, which he served as until he joined Suffolk, according to a Turner press release.

A spokesman for Turned did not immediately respond to a request for comment.