The Plan: Gerber Group to Open Urban Chic Bar at The Wharf in DC 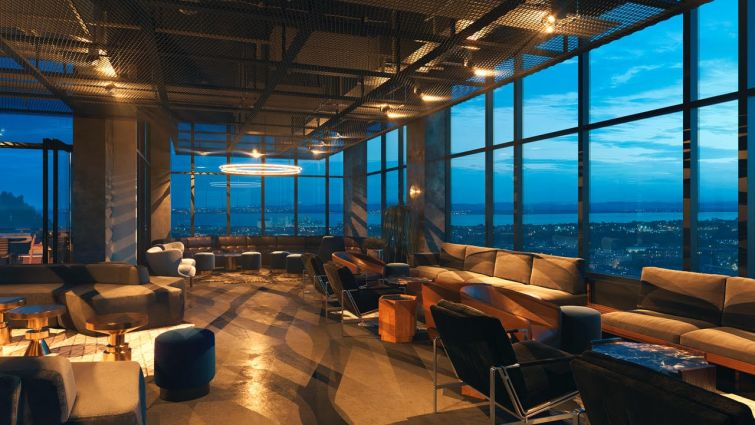 Hospitality firm Gerber Group is opening its first Washington, D.C. concept in April, on the top floor of the 278-room Intercontinental Hotel at 801 Wharf Street SW.

The New York City-based company, which operates bars and restaurants in New York, Atlanta and Santiago, Chile, chose to plant a D.C. bar, called 12 Stories, at The Wharf—PN Hoffman and Madison Marquette’s 3.5-million-square-foot mixed-use development on the southwest waterfront that opened in October 2017.

Scott Gerber, the CEO of Gerber Group, told Commercial Observer he chose the location because it’s “the most exciting new area in the city” and he wanted to be “part of the buzz.” He expects locals, tourists and hotel guests to frequent the bar to “enjoy an awesome drink and the most amazing view of the city they’re likely to see.”

D.C.-based firm 3877 Design constructed the 3,500-square-foot space that its executives dub “urban chic.” Kaitlin Eckenroth, an architectural associate at 3877 Design that is working on 12 Stories, said the bar will provide “an elevated experience that juxtaposes a gritty loft style of concrete and steel with luxurious and plush finishes and furnishings.” The concrete and steel become “inviting textures when paired with the warm dramatic lighting, rich leather wall panels and plush furniture,” Eckenroth said.

Construction for the project took 16 weeks, according to Eckenroth, who said D.C. staffers collaborated with teams in Philadelphia and New York.

The menu is still being tweaked, but expect drinks like sparkling Negroni, Manhattans and Moscow Mules, plus bar bites such as individual pizzas, burgers, soft pretzels, hummus and veggies, a Gerber Group spokeswoman said.